ROME — Humanity’s dark history of colonization is unfortunately not ended, Pope Francis said Wednesday, because it lives on in the ideological colonization of “cancel culture.”

The history of pain and contempt accompanying a colonizing mentality “is not easily healed,” the pontiff told Canadian authorities in Quebec, and this colonization “does not stop, but in many places is transformed, disguised, and concealed.”

“If at the time the colonialist mentality ignored the concrete life of the people, imposing pre-established cultural models,” the pope continued, “there is also no shortage of ideological colonization that contrasts the reality of existence and that stifles the natural attachment to the values of the peoples, trying to uproot their traditions, their history, and their religious ties.”

“Such a mentality boasts of having overcome ‘the dark pages of history’ but accommodates the so-called cancel culture, which judges the past only in terms of some, certain, current categories,” he said. 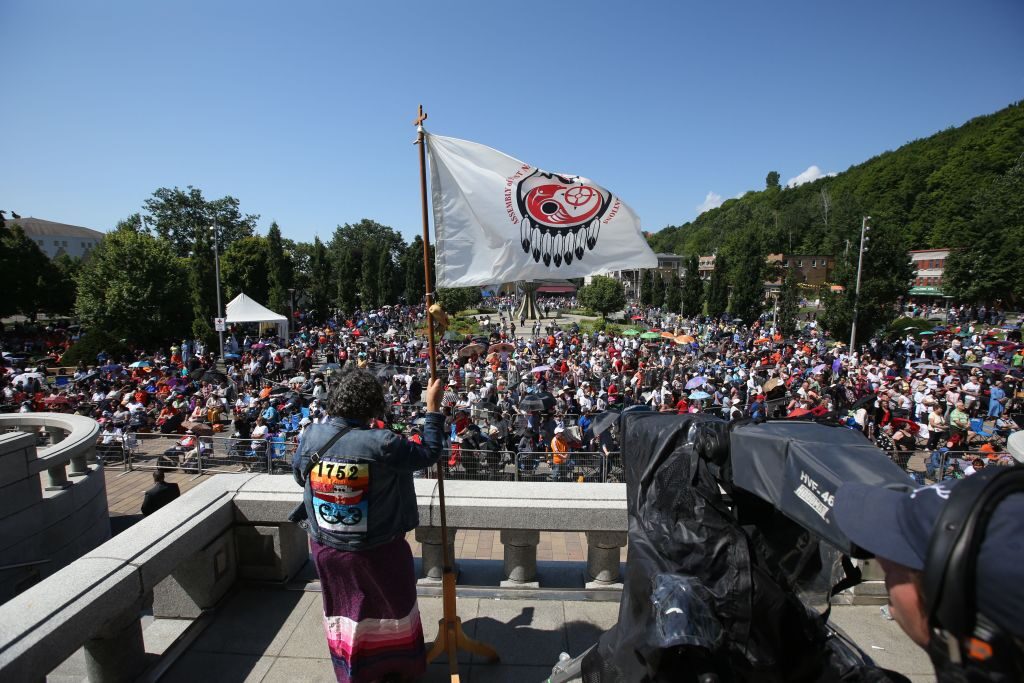 An Assembly of First Nations flag flies as Pope Francis celebrates Mass inside the National Shrine of Sainte-Anne-de-Beaupré in Quebec, Canada, on July 28, 2022.  (LARS HAGBERG/AFP via Getty)

In this way, “a cultural fashion is implanted that standardizes, that makes everything the same, that does not tolerate differences and focuses only on the present moment, on the needs and rights of individuals, often neglecting the duties towards the weakest and most fragile: the poor, migrants, the elderly, the sick, and the unborn.”

“They are the ones forgotten by welfare societies; it is they who, in general indifference, are discarded like dried leaves to be burned,” he added.

In a biting critique Wednesday, Catholic League president Bill Donohue declares that the Canadian Prime Minister himself — Justin Trudeau — is guilty of exactly the sort of ideological colonization that the pope is referring to.

“Trudeau oversees a society grounded in the Judeo-Christian ethos, one that accepts as truth the teachings of the Ten Commandments and the tenets of Christianity,” Dr. Donohue notes. “Instead of respecting his country’s heritage, he is busy uprooting it, turning Canada into a militantly secular society that prizes the rights of the individual over the common good. As such he is guilty of ‘cultural genocide.’”

Trudeau’s progressive ideological colonization does exactly what the pope warns of because it “stifles the natural attachment to the values of the peoples, trying to uproot their traditions, their history, and their religious ties.” 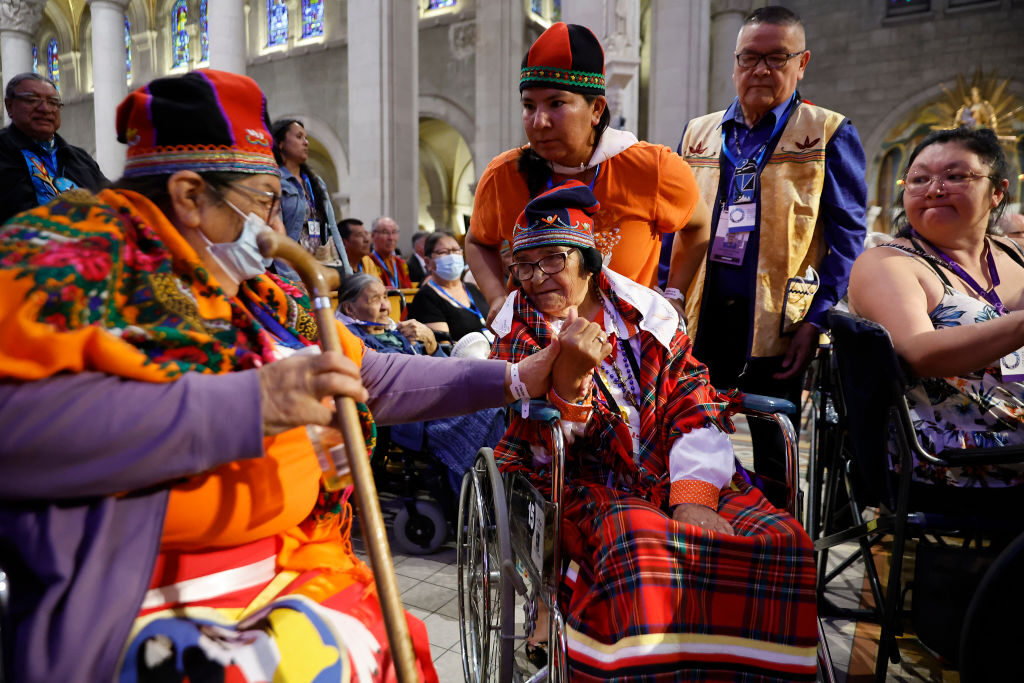 In the case of abortion, for example, which the pope explicitly refers to, Trudeau finds himself in opposition to the historical values of the Canadian people and their religious traditions.

“The Catholic Church has consistently been opposed to abortion, and most practicing Protestants are also opposed, especially evangelical Christians,” Donohue observes.

Trudeau, on the other hand, “is not only in favor of abortion-on-demand, he has acted tyrannically by mandating that every member of his Liberal party accept his position.”

Trudeau’s policies and positions on marriage, gender theory, and critical race theory “tear at the heart of Canada’s Judeo-Christian ethos, thus making him a sponsor of ‘cultural genocide,’” Donohue argues.

“Worse, by pushing the agenda of critical race theory, which condemns ‘white privilege,’ he makes himself look like a rank hypocrite,” Donohue adds.