ROME — Ukrainian Major Archbishop Sviatoslav Shevchuk thanked “the Lord God and the Armed Forces of Ukraine” Wednesday “for the fact that we survived until this morning” despite Russia’s ongoing siege of the nation.

“Today I want to ask everyone to personal prayer for those who are suffering today from the pains of this war in Ukraine,” Archbishop Shevchuk said in a video address.

“Today, many girls and boys are in enemy captivity. In the occupied territories, many sons and daughters of Ukraine are unjustly imprisoned, tortured, and abused,” he declared. “No one from among the people wants to hear their cry. But the Lord God sees their torment.”

“Let us keep them in prayer, especially on this day, those who are in the filtration and concentration camps of the Russian occupiers, all those who are taken to interrogations, who are tortured, executed, shot, abused physically, spiritually, and psychologically,” the archbishop urged.

“O God, You Who suffered in a human body, You Who suffer in the body of all those who suffer today from the war in Ukraine, save Your people and Your children,” he intoned. 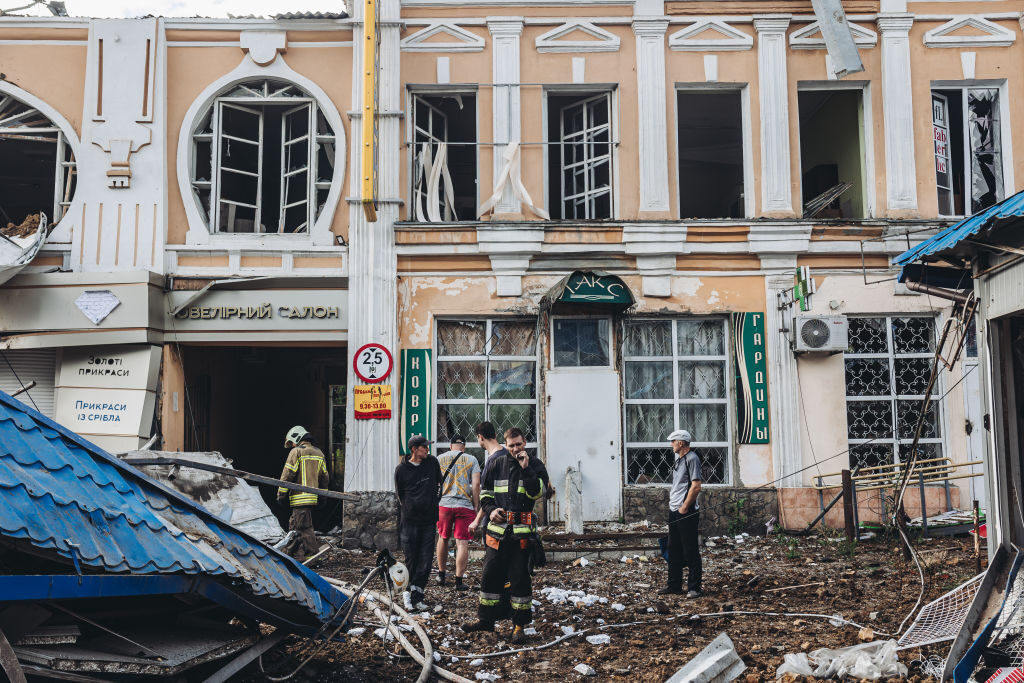 Ukrainian firefighters work at the Bakhmut market after it was shelled by the Russian army, in the city of Bakhmut, Donetsk Oblast of Ukraine on July 21, 2022. (Diego Herrera Carcedo/Anadolu Agency via Getty)

In his chronicle of the ongoing struggle, the archbishop noted that as of Wednesday the Ukrainian people “have been standing and enduring the full-scale Russian invasion for 147 days in this war with which the enemy came to our land.”

Especially, today we pray for our Zaporizhzhia and Dnipropetrovsk regions, he said, because in Zaporizhzhia, in the city of Hulyaipole, “the enemy brutally shelled the city centre, many people died.”

Similarly, in the Dnipropetrovsk region, “the city of Nikopol once again became the epicentre of a powerful rocket attack. Unfortunately, there are also dead and wounded,” he added.

The most intense battles are taking place in the Luhansk region and Donetsk region, Shevchuk noted. “We pray for the city of Kramatorsk, a martyr city. Because again, the city was destroyed by powerful Russian weapons, there are many dead and wounded.”

“Our Kharkiv region is burning,” he said. “The border area in Sumy and Chernihiv regions is burning.”