Latvian Archbishop Zbigniew Stankiewicz warned this weekend if Putin invades Ukraine, there is nothing to stop him from continuing further west into Eastern and Central Europe.

“If Vladimir Putin attacks Ukraine, we — the Baltic states — will be next, and then Poland too,” said Stankiewicz, the archbishop of Riga, Latvia’s capital. “If there is no dialogue, it will be very dangerous and could lead to a military situation.”

Speaking Saturday in the imperial cathedral of St. Bartholomew in Frankfurt, Germany, the archbishop said that Latvia fears a possible “hybrid war” combining military and non-military measures, such as propaganda and cyberattacks, used to destabilize the country. 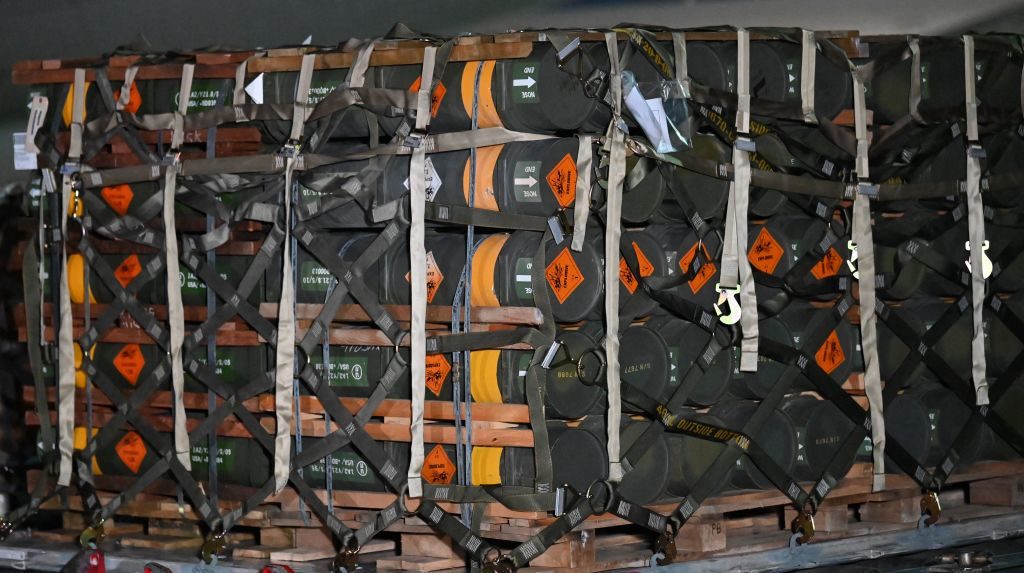 A picture taken on January 25, 2022 shows pallets of ammunition, weapons and other equipment while employees unload a plane with a new U.S. security assistance provided to Ukraine at Kyiv’s airport Boryspil. (SERGEI SUPINSKY/AFP via Getty Images)

The archbishop shared his reflections during the “Conversation in the Cathedral” as part of the annual celebration of the Charlemagne festival (Karlsamt), for which a different European bishop is invited every year.

In Frankfurt, Charlemagne is not only celebrated as the founding father of Europe, but also as the patron saint of the city and founder of the imperial cathedral, where German kings and emperors were crowned in the years 1350-1802.

The feast of Charlemagne, which commemorates the anniversary of the death of Emperor Charlemagne, who died on January 28, 814, has been celebrated annually in Frankfurt since 1332.

Archbishop Stankiewicz was welcomed by the bishop of Limburg as well as the president of the German Bishops’ Conference, Georg Bätzing.