ROME, Italy — Pope Francis offered his congratulations to Sergio Mattarella for his reelection as president of Italy, urging him to “convey serenity” to the country, which approaches its third year in a “state of emergency.”

“I wish to offer my cordial congratulations on your re-election to the supreme office of the Italian Republic and to express my best wishes for the performance of your lofty task, which you have welcomed with a spirit of generous availability,” the pontiff wrote in a telegram to the 80-year-old Mattarella, now set to begin his second 7-year term.

“In these times characterized by the pandemic,” Francis continued, “in which many discomforts and uncertainties have spread, especially in the workplace, and fear has also increased, along with poverty, which leads to closing in on oneself, your service is even more essential to consolidate unity and convey serenity to the country.” 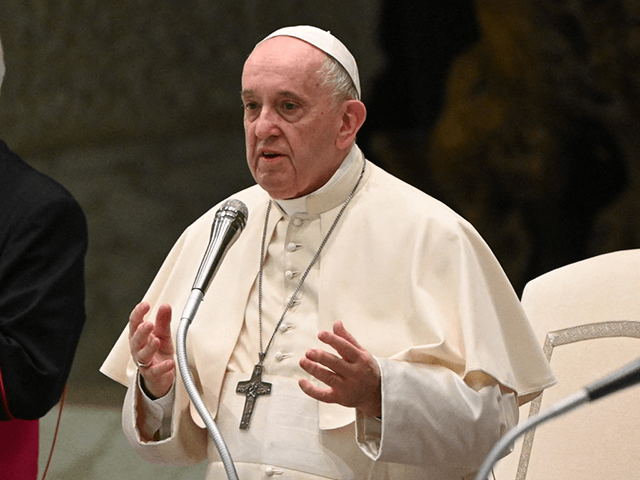 Pope Francis holds his weekly general audience at the Paul VI hall in the Vatican on August 25, 2021. (VINCENZO PINTO/AFP via Getty Images)

“I assure you of my prayers, that you may continue to support the dear Italian people in building an ever more fraternal coexistence and encourage them to face the future with hope. May the patron saints of Italy accompany you and intercede for you,” he concluded.

Mattarella’s reelection by the Italian Parliament, seen as an embrace of the status quo, follows a stalemate in partisan debates over other possible candidates, none of whom garnered anything resembling a consensus.

The choice of the octogenarian Mattarella has also been deemed an antidote to early general elections, which would have ensued if Mattarella’s own choice for the office — the current prime minister Mario Draghi — had prevailed, leaving his office vacant.

The presidency of Italy is a largely ceremonial post, but during political crises the head of state wields considerable authority, from dissolving parliament to naming new prime ministers and denying mandates to unstable coalitions.

It was Sergio Mattarella, in fact, who brought in Draghi to lead Italy as prime minister in early 2021, following the resignation of Giuseppe Conte.