KYIV, Ukraine (AP) – Russian defence ministry officials on Sunday insisted that an airstrike on the port of Odesa — less than a day after Russia and Ukraine signed an agreement on resuming grain shipments from there — had hit only military targets.

“In the seaport in the city of Odesa, on the territory of a shipyard, sea-based high-precision long-range missiles destroyed a docked Ukrainian warship and a warehouse with Harpoon anti-ship missiles supplied by the U.S. to the Kyiv regime,” ministry spokesman Igor Konashenkov said at a daily briefing.

Ukrainian President Volodymyr Zelenskyy said in his nightly televised address Saturday evening that the attack on Odesa “destroyed the very possibility” of dialogue with Russia.

The Ukrainian military said on Saturday that Moscow had attacked Odesa’s sea port with four cruise missiles, two of which had been shot down by Ukrainian air defence.

Command spokeswoman Nataliya Humenyuk said that no grain storage facilities were hit. Turkey’s defence minister, however, said he had had reports from Ukrainian authorities that one missile struck a grain silo while another landed nearby, although neither affected loading at Odesa’s docks.

It was not immediately clear how the airstrike would affect plans to resume shipping Ukrainian grain by sea in safe corridors out of three Ukrainian Black Sea ports: Odesa, Chernomorsk, and Yuzhny. 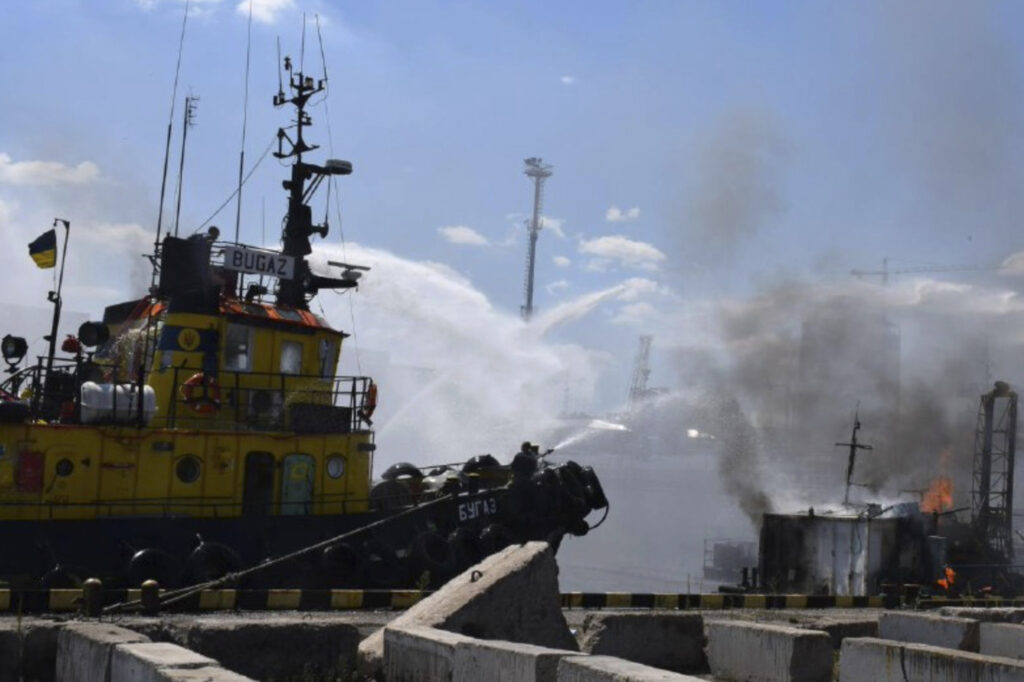 Russia and Ukraine on Friday signed identical agreements with the UN and Turkey in Istanbul aimed at clearing the way for the shipment of millions of tons of desperately needed Ukrainian grain, as well as the export of Russian grain and fertilizer. Senior U.N. officials voiced hopes that the deal would end a months-long standoff brought about by the war in Ukraine that threatened food security around the globe.

The agreement, obtained by The Associated Press, committed both Kyiv and Moscow to refraining from strikes on the three Black Sea ports.

Elsewhere on Sunday, Ukrainian authorities reported that Russian shelling continued to kill and injure civilians in Ukraine’s south and east.

The governor of the eastern Donetsk region, one of two which make up Ukraine’s industrial heartland of the Donbas and a key focus of Russia’s offensive, said that two civilians had been killed and two more had been injured over the previous 24 hours.

The UK military on Sunday morning reported in its daily intelligence update that Russia was making “minimal progress” in its ongoing Donbas offensive, which it said remained small-scale and focused on the city of Bakhmut in Ukraine’s eastern Donetsk region.

The Ukrainian General Staff confirmed in its regular update that Russia was “conducting military operations to create conditions” for an assault on Bakhmut, while firing on surrounding settlements and battling Ukrainian defenders for control of a nearby thermal plant.

In Ukraine’s south, regional officials said that at least five civilians were wounded by Russian shells in the Black Sea port of Mykolaiv on Saturday night and Sunday morning.

“Also, as a result of the scattering of munitions and their fragments, fires occurred in open areas in the city,” said Vitaly Kim, governor of the Mykolaiv region. 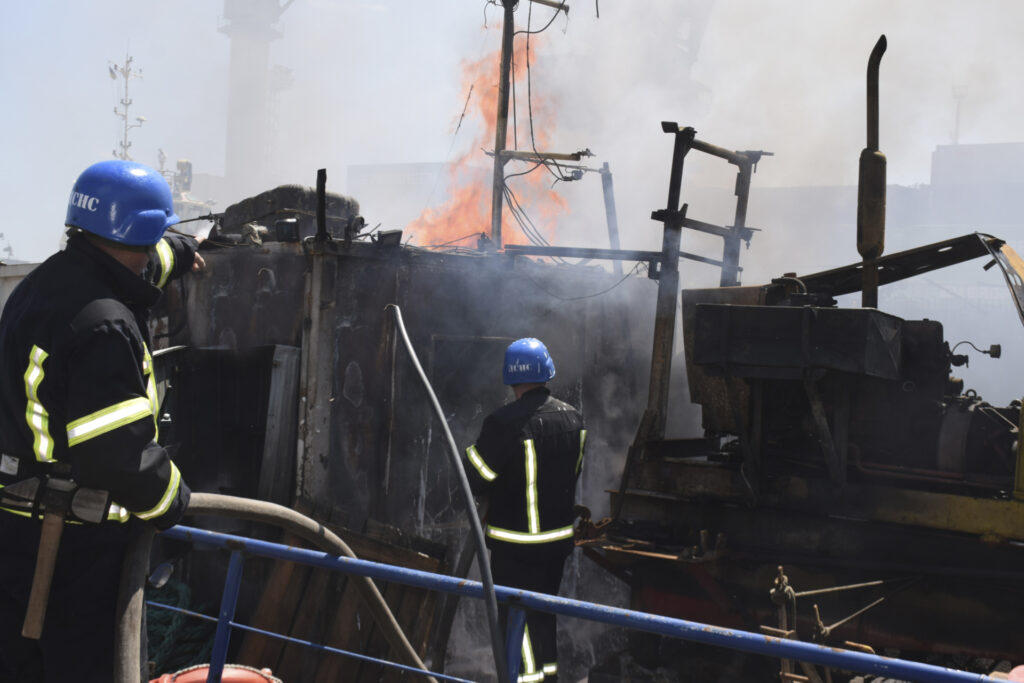