Then, just like that, he was gone. Britain’s Prince Andrew purged himself from social media on Wednesday amid a sexual assault scandal and his new status as a private citizen no longer officially recognized as a member of the royal family.

The prince’s Facebook page was still active by mid-Wednesday, but the Guardian reported it also will be taken down.

The reason for the multiple silencing is simple. 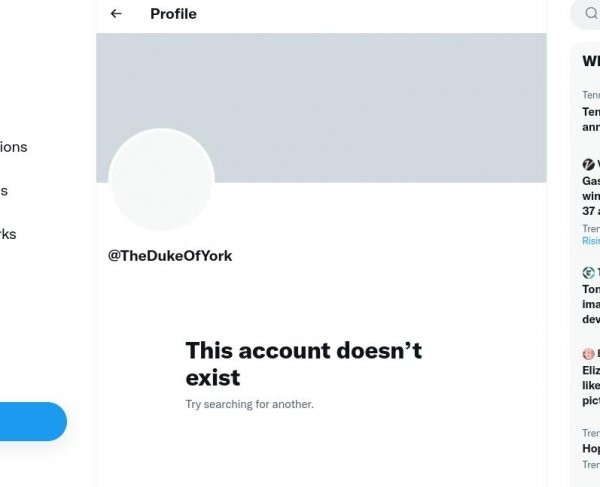 As Breitbart News reported, last week Queen Elizabeth II stripped her son of his military affiliations and royal patronages in response to the sexual assault accusations against him in the United States.

Accuser Virginia Guiffre filed a lawsuit against him last August, saying that he assaulted her on multiple occasions in the United States and Britain when she was 17.

Seven days ago a federal judge in New York ruled her suit could proceed. Shortly afterward, the royal family began distancing itself from Prince Andrew along with a host of other military organizations he previously represented.

A Buckingham Palace spokesperson said: “With The Queen’s approval and agreement, The Duke of York’s military affiliations and Royal patronages have been returned to The Queen.

“The Duke of York will continue not to undertake any public duties and is defending this case as a private citizen.”

Prince Andrew’s biography remains on the official royal family website, but uses the past tense to describe his royal duties. He can no longer use the title “His Royal Highness” or carry out any royal duties while defending the case as a private citizen. His honorary military titles have also been returned to the queen.

In her suit, Guiffre says disgraced financier Jeffrey Epstein, who killed himself in a New York City jail in 2019 while awaiting trial on federal charges, arranged for Prince Andrew to have sex with her when she was a minor.

Prince Andrew has denied all of Guiffre’s accusations.

UPI contributed to this story