Europe’s security could be under threat as security scanners in sensitive spots were revealed Thursday to have been manufactured by a Chinese Communist Party-backed company.

Despite the U.S. adding the Chinese company Nuctech to the Bureau of Industry and Security Entity List due to security concerns, Nuctech still supplies security scanning machines for people, baggage and cargo, to airports across Europe, between NATO’s borders with Russia and also at the World Economic Forum in Davos – in fact, 26 of 27 E.U. member states currently use the machines, AP reports.

Security officials in both Europe and the U.S. have expressed concerns that the use of Communist China-backed Nuctech machines could be a major security risk as sensitive documents or information on electronic devices passing through the machines could be being scanned by Chinese agents.

Likewise, the machines could help facilitate a Chinese state-sponsored event such as a terrorist attack if Nuctech machines were modified to allow individuals possessing explosives or firearms to pass through security checkpoints uninhibited.

Bart Groothuis, the former director of cybersecurity at the Dutch Ministry of Defense turned Dutch MEP said, “The data being processed by these devices is very sensitive. It’s personal data, military data, cargo data. It might be trade secrets at stake.” 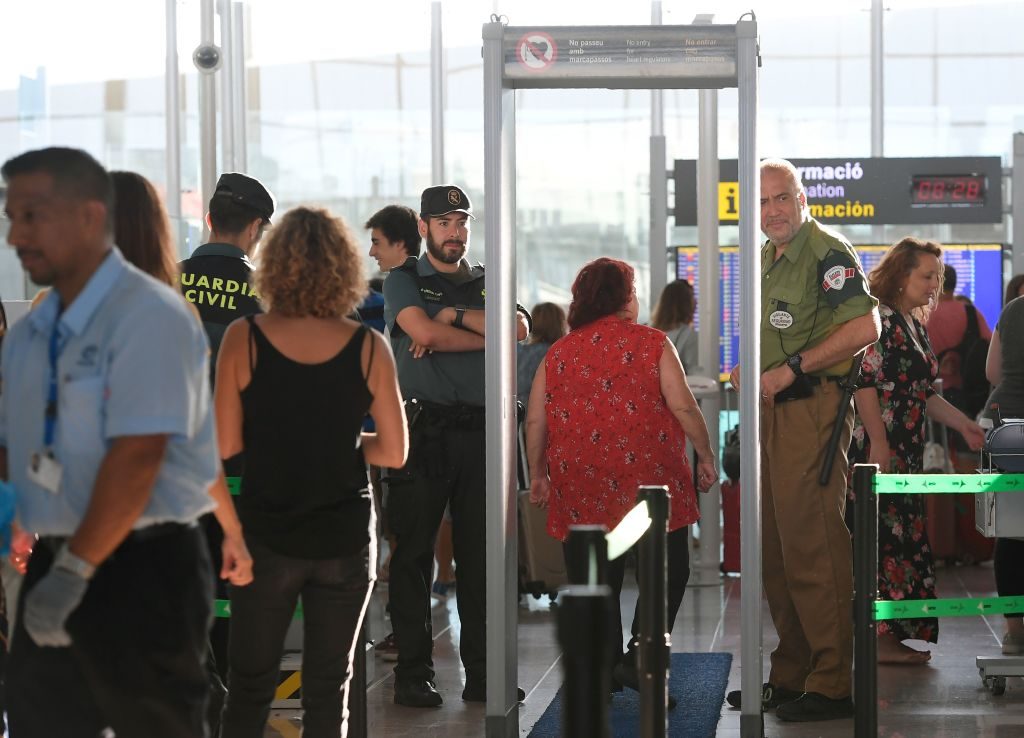 Spanish civil guards check passengers as they pass through a metal detector on August 14, 2017 at Barcelona’s El Prat airport. (LLUIS GENE/AFP via Getty)

“You’re dependent on a foreign actor which is a geopolitical adversary and strategic rival”, he continued.

The concerns about Chinese interference or espionage are based on it being a requirement for companies in China to surrender any data requested by Chinese authorities.

The Canadian government considers Nuctech to have an “elevated threat” of espionage and in July 2020 a Canadian government security review of Nuctech concluded their scanning devices could be used to obtain sensitive information from electronic devices, and could be modified to allow prohibited items to pass through without setting off alarms.

Beijing has no qualms about spying on individuals and has a history of spying on tourists to the Communist nation after covertly hacking their phones at customs. The security concern is so great that athletes across the World, who are competing in the Winter Olympics were told not to bring their personal electronic devices with them to China.

Despite these security concerns Nuctech claims to have supplied customers in more than 170 countries and regions, which includes installing more than 1,000 security scanning devices in Europe for government organizations, customs, civil aviation and ports in 2019. 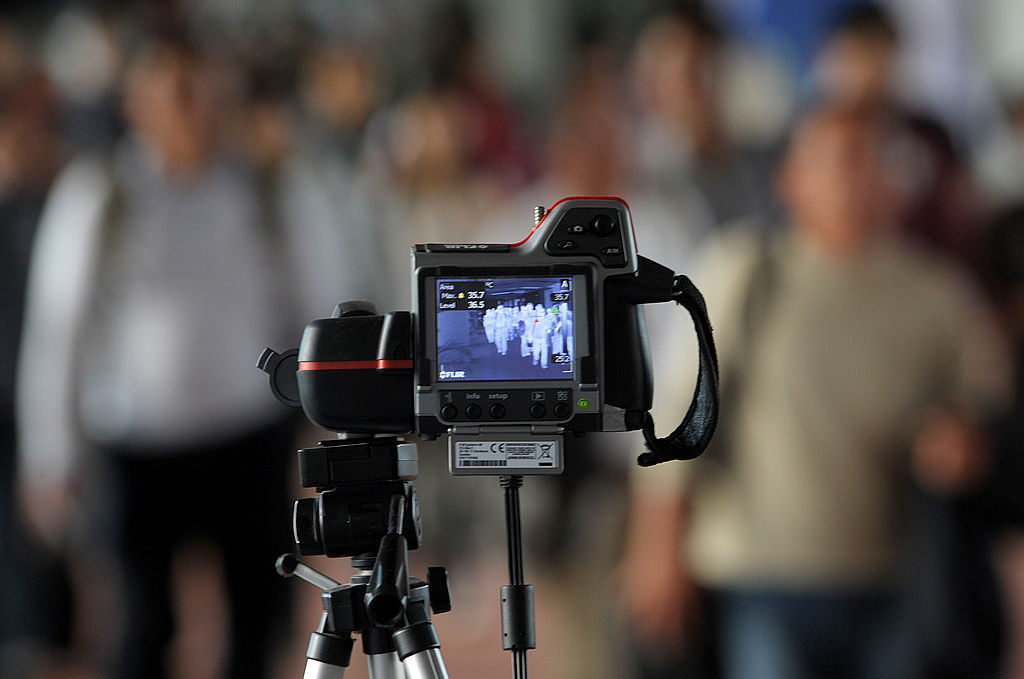 Passengers arriving from Hong Kong walk past a thermal scanner at the Manila international airport in Manila on November 19, 2010. (NOEL CELIS/AFP via Getty Images)

Airports in the U.K., Amsterdam, Brussels, Italy, Greece, Switzerland and Spain have all signed deals to procure Nuctech equipment, despite growing concerns about terrorism in Europe. This is largely due to Nuctech offering deals on equipment at a cost of “30 to 50 percent below their rivals”, as well as extended maintenance contracts and favorable loans.

Nuctech has dismissed the security concerns with the deputy general manager of Nuctech in the Netherlands, Robert Bos, saying “it’s our equipment, but it’s your data”.

This reassurance from Bos is contradicted by the counter claim Nuctech is subsidized by the Chinese government which essentially makes it a puppet of the Communist state.