Hollywood actress Kerry Washington’s new, Bible-inspired podcast is embracing social justice in a big way, making the bizarre claim that the Virgin Mary shares a special bond with black parents today when it comes to fearing for the safety of their children.

Kerry Washington produces and stars in The Prophecy — an Audible dramatic podcast series that re-imagines sections of the Old and New Testaments as modern-day stories, some of which have social justice angles.

The Prophecy. Out tomorrow on @audible_com! pic.twitter.com/Ct0vRpUrdq

In one episode, Washington plays a contemporary woman who is pregnant and believes she is Mary, the mother of Jesus.

At one point, her characters says the mother of Christ can empathize with “the fears that every black parent has the moment we bring a black child into this world,” according to a report from Newsweek.

That line apparently resonated with Washington, who is a mother in real life. “The series does justice to all mothers who devote their lives to the wellness and safety of their children,” Washington told the magazine.

The Joe Biden-backer didn’t elaborate but it appears the podcast was referring to the Black Lives Matter movement and the left’s debunked claim that police disproportionately and deliberately target black youth with violent action. 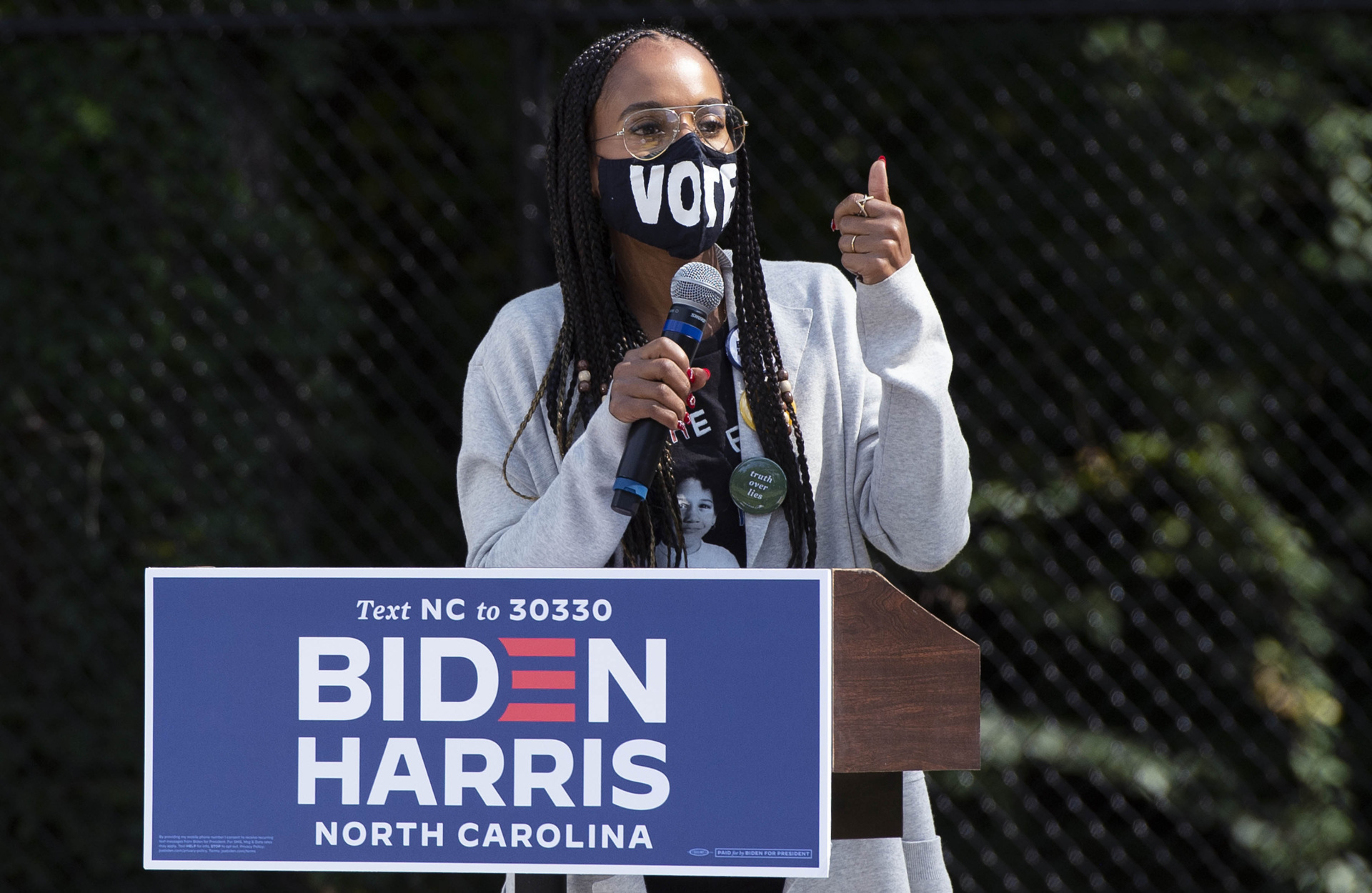 The Prophecy makes a point of embracing racial justice, with series creator Randy McKinnon telling Variety that the podcast was conceived as “a love letter to black women, if I’m being honest.”

The main cast is comprised of all-minority actors, including Laurence Fishburne and Daniel Dae Kim.

The series also appears to address climate change, albeit in a veiled way by including unprecedented heat waves in the storyline.

“A lot of us are living in a world that feels beyond explanation,” Washington told Newsweek.. “We’re living through unprecedented times, each of us trying to desperately wrap our heads around what it means.”

Washington found herself in the middle of a massive political scandal in 2015 when Disney-owned ABC aired an episode of Scandal that saw Washington’s Olivia Pope undergo an abortion as “Silent Night” played in the background — using a deeply religious song seen as celebrating the birth of Jesus Christ to promote the culture abortion in prime time on a popular network drama.

Unsurprising to many, she used the Planned Parenthood-applauded scene to push the abortion culture.