Actress Gwyneth Paltrow delivered what can perhaps be considered the most tone-deaf moment of her career this week when she said the children of celebrities “have to work twice as hard” as anyone else in Hollywood.

Paltrow, who is the daughter of esteemed actress Blythe Danner, made her pronouncement when speaking with model Hailey Bieber, wife of Justin Bieber and daughter of Stephen Baldwin, during an episode of Who’s in My Bathroom.

According to Paltrow, a descendant of Hollywood royalty, people like herself actually worked harder than others who did not have access to the same people as her.

“As the child of someone, you get access that other people don’t have, so the playing field is not level in that way,” she told Bieber. “However, I really do feel that once your foot is in the door, which you unfairly got in, then you almost have to work twice as hard and be twice as good.” 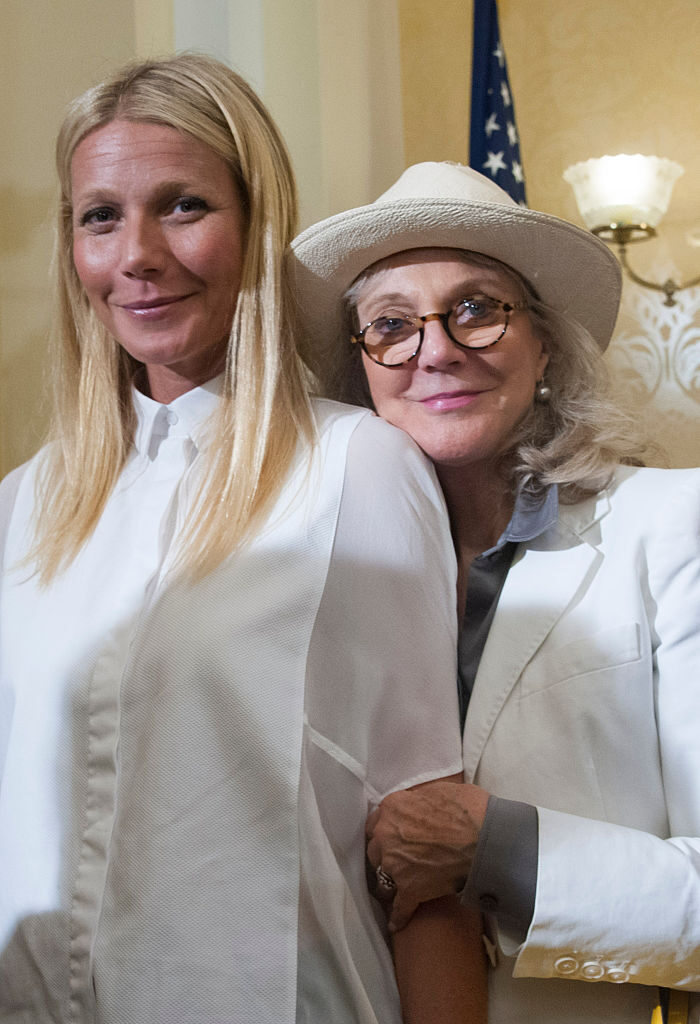 File/Actresses Blythe Danner and her daughter Gwyneth Paltrow speak during a news conference to discuss opposition to H.R. 1599 on August 5, 2015 in Washington, DC. (Kris Connor/Getty Images)

“Nobody in the world, especially anybody that doesn’t know you, should have a negative impact on your path or the decision that you make,” she continued.

Bieber responded, “I need to hear this today.”

Paltrow seemed to have no appreciation for the fact people in Hollywood work tirelessly, sometimes countless hours in low or menial jobs, just to get the opportunity of having their foot in the door. A more accurate comparison would be working double the hours at a lucrative job that you had already been hired for versus working triple the hours in a low-level job in the hopes of getting a lucrative job that 600 other people in similar situations want.

Every time I think Gwyneth Paltrow can’t be more vapid about privilege she opens her mouth and does it again.

Gwyneth Paltrow just claimed she has to "work twice as hard and be twice as good" because she's a nepotism baby. Bitch the only thing people ever talk about with you is how Cate Blanchett deserved your Oscar and your creepy, dangerous "wellness" bullshit. STFU.

“‘This Smells Like My Vagina’ — can I say that on morning TV? This candle is really like that provocation to say like, ‘It’s amazing to be a woman in every way. It’s amazing to have that kind of power, and you deserve to have that agency.’ And so, it’s just kind of a funny and strong way of being funny and a provocateur,” Paltrow said recently.