Any hope that the new horror movie They/Them will portray the pronoun crowd as the monsters they are will be immediately dashed upon reading recent interviews promoting the Blumhouse production. In fact, the movie appears to do the exact opposite of what the title suggests, showering generation woke with even more adoration.

They/Them, which will debut on NBCUniversal’s Peacock on August 5, tells the story of a group of “queer” teens who are sent to a gay conversion therapy camp headed by a resort director played by Kevin Bacon.

In a recent Variety interview, writer-director John Logan spelled out the movie’s meaning.

“I think it shows how heroic and how wonderful queer people are,” he said at the movie’s premiere at Outfest in Los Angeles. “And the fact that we’re stronger as a people and a nation, for our diversity.”

All of the cast members who play the campers are so-called “queer” actors.

“I’ve never set foot in a gay conversion camp, but there was a time in my life where maybe I would have given in to the pressures around me to conform,” actor Austin Crute told Variety. “I think that this movie spoke to an inner child in me that wanted to be seen, and now I feel seen, and it’s incredible.” 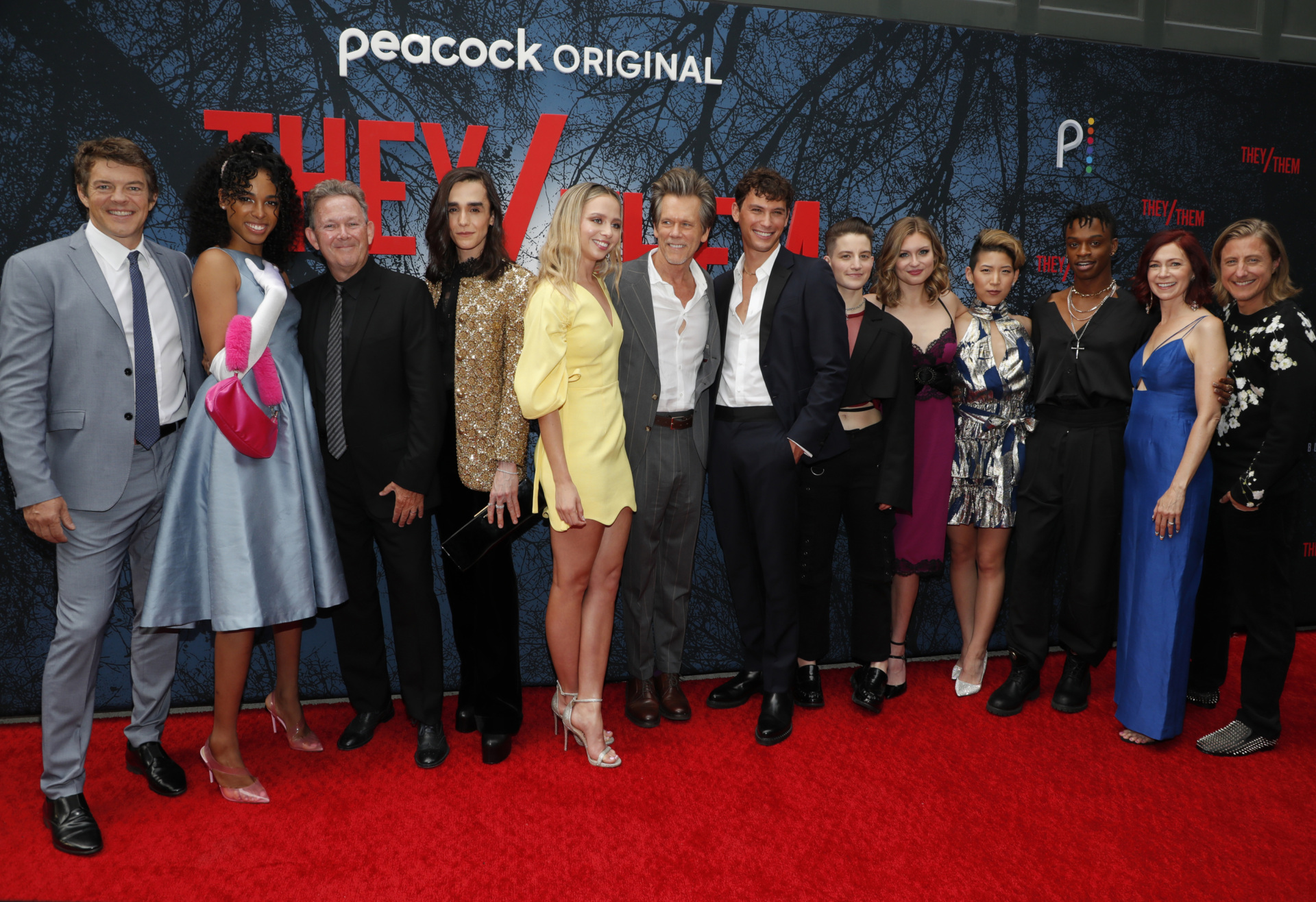 Bacon described the young characters in the movie as the “future.”

“It’s tough to find hope sometimes these days, but we have to hope still,” he told ET Canada at the premiere. “The one thing that we can be hopeful about is that there are young people like the people in this movie who are the future.”

Reviews for They/Them have been largely negative so far, with critics saying the movie is both muddled in its self-conscious message and dull as an exercise in horror.