How do the champions of today’s “cancel culture” defend their witch hunts to censor ideas, people, and speech through boycotts and de-platforming? Well, over the past few years, we’ve heard the same excuse a million times: Over and over, they tell us that corporations have every right to choose who they want to do business with and that only the government can violate the First Amendment.

Which is true. The First Amendment does only restrict the government from censorship. Therefore there is nothing unconstitutional about the ongoing crusades to “cancel” Joe Rogan, Alex Jones, Laura Ingraham, James Woods, J.K. Rowing, Woody Allen, Tucker Carlson, or whomever else holds an opinion that displeases today’s leftist elite.

What’s more, individuals like Howard Stern, Judd Apatow, Neil Young, Joni Mitchell, Nils Lofgren, and Brian Stelter, etc., are also not violating the First Amendment when they call for people to be censored, canceled, and de-platformed.

But let’s not forget what “cancel culture” really is…

It is nothing less than today’s version of McCarthyism…

In fact, there is no moral or legal difference between today’s witch hunts and the witch hunts of the 1950s. 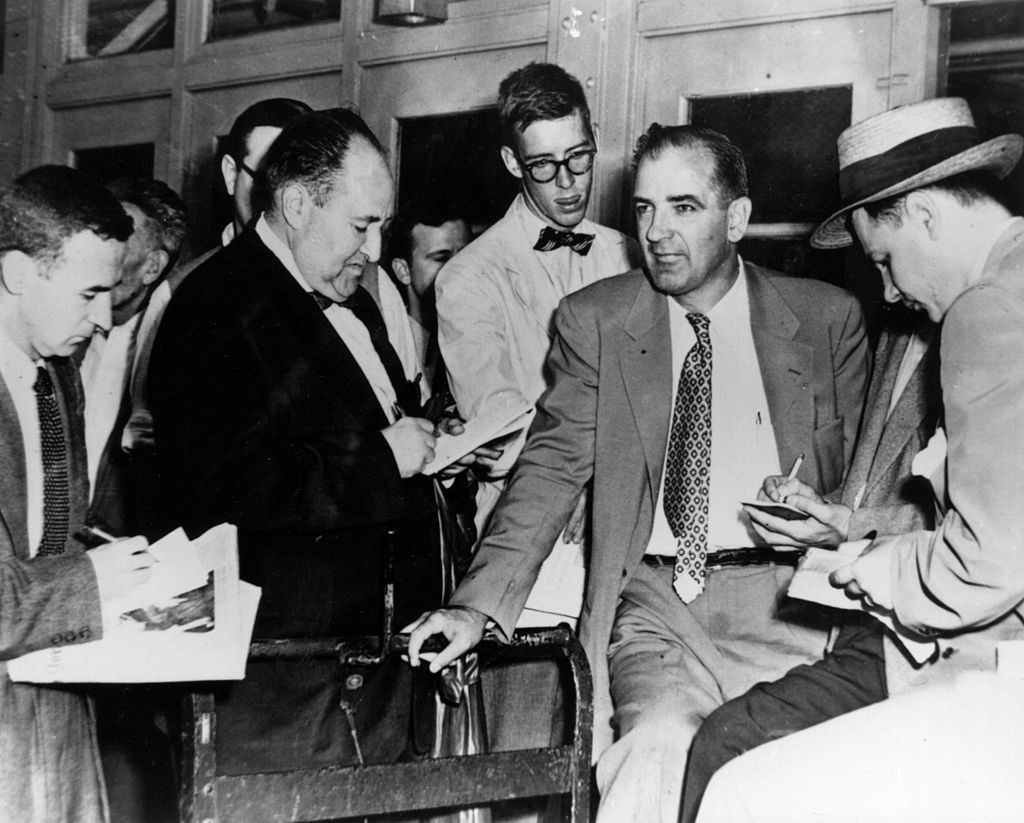 American politician and inquisitor Joseph Raymond McCarthy meets the press during his investigation into supposed communist subversion that came to be called ‘McCarthyism.’ (Keystone/Getty Images)

Today’s McCarthyites demand that corporations refuse to do business with individuals who express and hold certain ideas, or in the case of a Woody Allen, those the leftist elite want punished for a decades-old accusation that violates the current political climate (i.e., “Are you now or have you ever been a member of the Communist Party?”).

That is precisely what happened during the 1950’s witch hunts.

Today, without any due process and at the behest of howling mobs and fascist elites, people are being disgraced, unemployed, silenced, censored, and ruined by large corporations.

That is precisely what happened during the 1950s.

Fact: During the 1950s, no one in government blacklisted anyone, and no one’s First Amendment rights were violated.

Fact: Like today’s Woke McCarthyism, 1950’s McCarthyism was nothing more than people and corporations choosing not to do business with those who held and expressed the “wrong” ideas or those accused of something. What I mean is this… The 1950’s version of Facebook, Twitter, CNN, of demagogues like Howard Stern, Brian Stelter, and Neil Young were movie studios, television sponsors, producers, directors, and demagogues like Walter Winchell, Roy Cohn, and Hedda Hopper.

Bill Maher: "Cancel culture is real, it’s insane, and it’s growing exponentially, and it’s coming to a neighborhood near you.” https://t.co/7ZjI6QBFjv

So, if your guiding principle is that, Corporations should be allowed to fire, discriminate, and censor, you no longer have an argument against the Hollywood blacklist of the 1950s. In fact, you are retroactively defending one of the most shameful periods of 20th Century America.

For decades, after the end of the obscene Hollywood blacklist, we correctly looked back on that era with shame, as something that never should have happened. The human and creative destruction was incalculable. It was as un-American as it gets. For decades — through books like The Crucible and countless movies and documentaries — we were taught Never again. This can never be allowed to happen again in America. 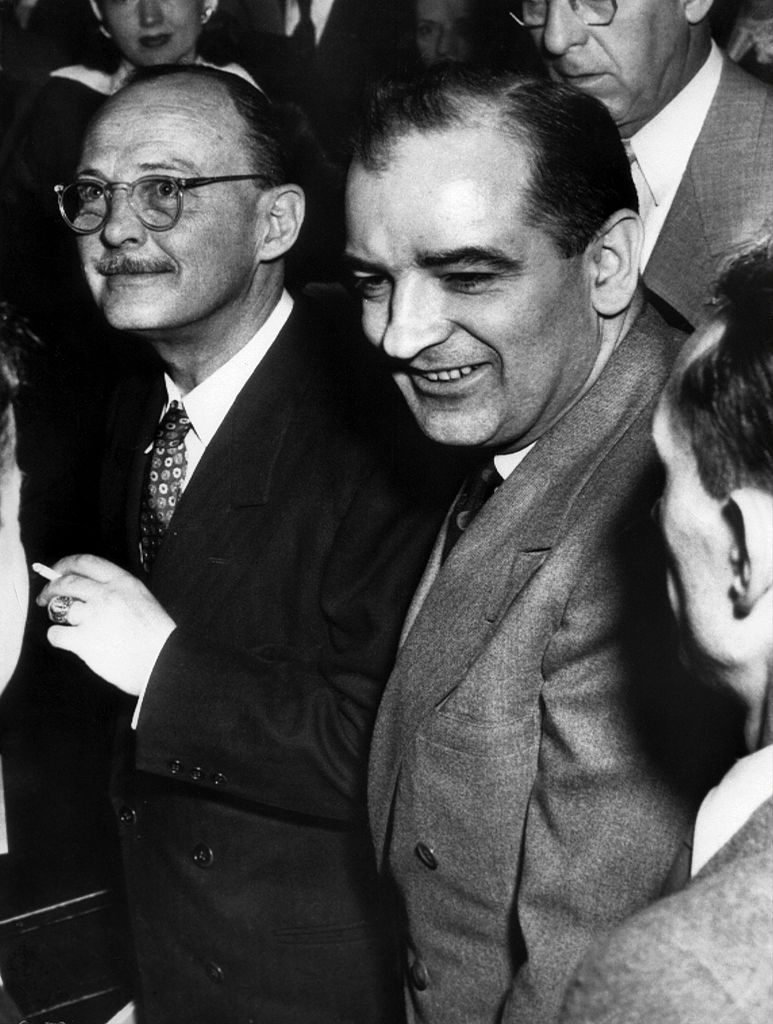 On the plus side, the backlash against McCarthyism ushered in an era of unprecedented intellectual and creative freedom. Suddenly, this was a country awash in ideas, all kinds of ideas, including great and terrible ones… Nazis were given platforms on daytime TV, which defanged them by turning them into laughingstocks. Conspiracy theorist Art Bell owned overnight AM radio. Oliver Stone gave us his multi-million-dollar version of how the Deep State assassinated John Kennedy.

Movies and television and music exploded in their exploration of the human condition. Norman Lear and Mel Brooks unified us by teaching us to laugh at ourselves. Robert Redford taught us the virtues of individualism. Comedians like Sam Kinison pushed and pushed and pushed the envelope. There was the birth of rap, of sex, drugs, and rock n’ roll… We argued, we debated, we ridiculed the Moral Majority, and like one big family, this intellectual and creative feast brought us together against the uptight squares and scolds. Never again.

Well, like most things, we didn’t know how good we had it until it was gone.

Today, thanks to Woke McCarthyism, just like the 1950’s witch hunts, we again live in a creative and intellectual culture that can only be described as suffocating and filled with the constant danger of losing everything.

The good news is that history has never judged the censors, scolds, fascists, and witch hunters as anything other than what they are — villains.