Hollywood star Dwayne “The Rock” Johnson voiced his support for Joe Rogan after the famed podcaster said he will change his coronavirus messaging strategy after Spotify announced its new “content advisory” rule.

In a statement on Sunday, Spotify CEO and co-founder Daniel Ek said the company will do more to “provide balance and access to widely-accepted information” for the coronavirus by adding a content advisory notice to any program that discusses issues with the pandemic.

“These are rules of the road to guide all of our creators — from those we work with exclusively to those whose work is shared across multiple platforms,” Ek said in a statement. “It’s become clear to me that we have an obligation to do more to provide balance and access to widely-accepted information from the medical and scientific communities guiding us through this unprecedented time.”

In response, Rogan said that he supported Spotify’s decision and that he would try to include more establishment voices in contrast to his more controversial guests like Dr. Robert Malone and Alex Berenson.

One of things Spotify wants to do, that I agree with, is that at the beginning of these controversial podcasts—specifically the ones about COVID—is to put a disclaimer and say that you should speak with your physician and that these people and the opinions that they express are contrary to the opinions of the consensus of experts, which I think is very important. Sure. Have that on there. I’m very happy with that.

Commenting on the video, Dwayne Johnson said Rogan’s response was “perfectly articulated” and offered to have a drink soon.

“Great stuff here brother. Perfectly articulated. Look forward to coming on one day and breaking out the tequila with you,” he said.

Rogan has previously spoken positively of Dwayne Johnson on his show, saying that he would vote for him if he were to run for president. 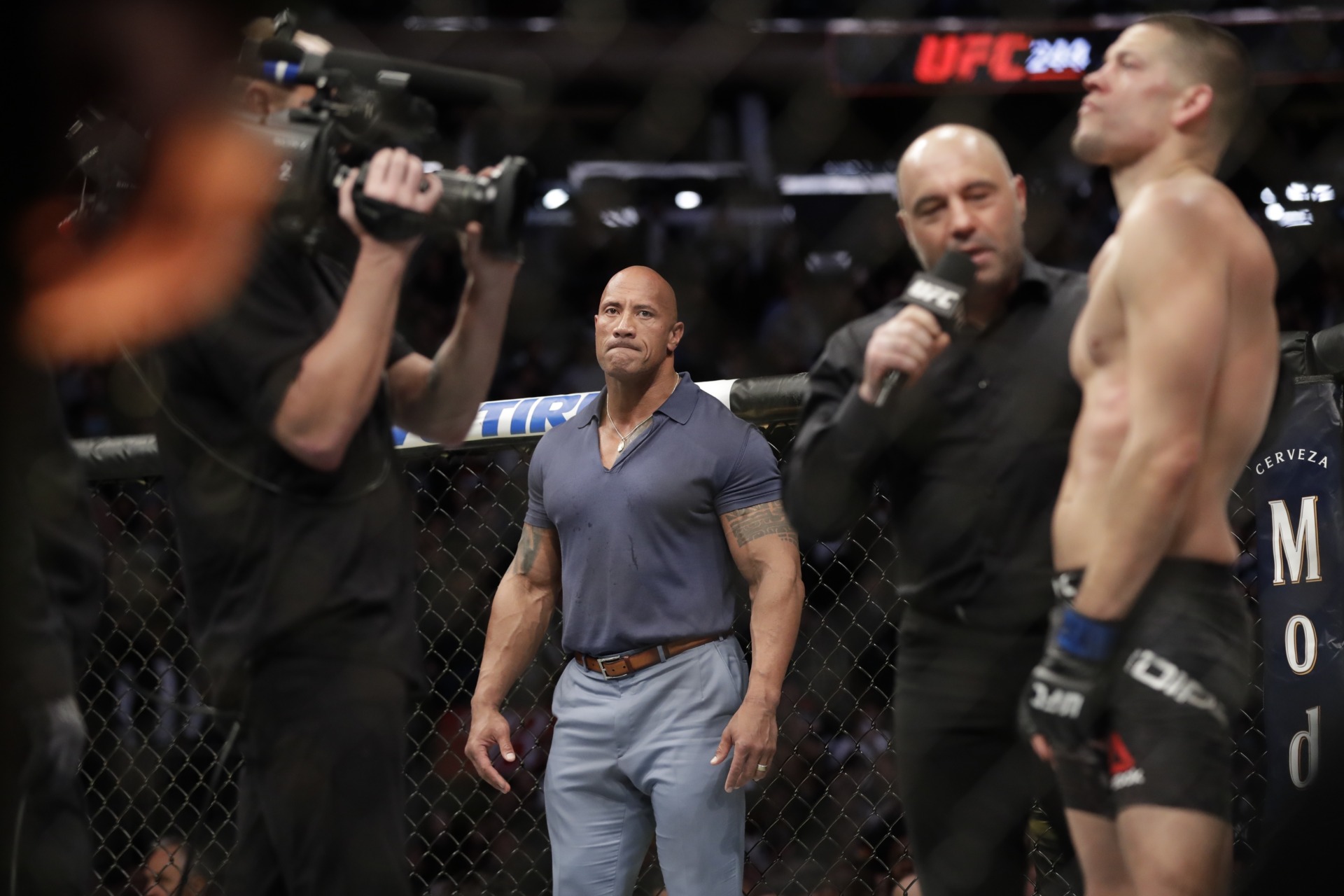 Spotify’s “content advisory” decision comes after Neil Young’s music was removed from the platform in protest of Joe Rogan.

“I am doing this because Spotify is spreading fake information about vaccines – potentially causing death to those who believe the disinformation being spread by them,” he wrote. “Please act on this immediately today and keep me informed of the time schedule.”

“I want you to let Spotify know immediately TODAY that I want all my music off their platform,” he continued. “They can have Rogan or Young. Not both.”

Shortly thereafter, Nils Lofgren, formerly of Bruce Springsteen’s E Street Band and Crazy Horse, announced he would be removing his music from the platform. Brenè Brown of Unlocking Us and Dare to Lead also tweeted on Saturday that she will not be releasing podcasts for the time being.

This weekend, a spokesperson for Archewell, Prince Harry and Meghan Markle’s foundation, said the couple has looked to Spotify to combat misinformation.

“We look to Spotify to meet this moment and are committed to continuing our work together as it does,” the spokesperson said.