ABC’s Left-wing late-night host Jimmy Kimmel is under fire and being accused of racism with critics saying the Democrat Party activist compared the Korean pop band BTS to the Chinese coronavirus.

Last week, during an episode of ABC’s Jimmy Kimmel Live!, actress Ashley Park told Kimmel about her shock and excitement when BTS band members shared a clip of her performance of their hit song “Dynamite” from an episode of the series Emily in Paris.

Park explained that she wasn’t feeling herself, which made her believe that she was going “into shock,” as she is such a big fan of the Korean group. “I couldn’t think, I couldn’t talk, I couldn’t get up, and I was like, ‘Is this what it feels like when your body goes into shock?'” she said.

The next day, however, Park found out that she actually had the coronavirus, stating, “I had to take a COVID test for something — I had omicron, which is why I was in such a fog. The whole day before when I could not get up — I didn’t think it was COVID, because I really just thought this was me going into shock.”

“You thought it was BTS fever,” Kimmel laughed. “They’re both really dangerous. You’re lucky to come out of those alive.”

“You thought it was BTS fever. They’re both very dangerous. You’re lucky to come out both of those alive.”

The audacity to say that about an Asian artist in front of an Asian woman. @jimmykimmel really compared BTS to COVID in the year 2022 and amidst all the anti-Asian hate. + pic.twitter.com/fTvSSIgcsC

On Thursday, Kimmel continued comparing boy bands to the coronavirus, stating that there is “one [boy band] that’s so contagious, it destroys all life on earth.”

“We’re learning more about this new version of omicron that’s making the rounds at an even faster rate than the original omicron,” Kimmel said during his monologue. “The new variant is said to be so contagious, none of you should be here that’s how contagious it is.”

“These variants, all the different variants remind me of the boy bands in the late 90s and the early 2000s,” he continued. “You had the big ones, like, Backstreet Boys and NSYNC, and then that mutated into O-Town and 98 Degrees, and we had the Joe Bros [Jonas Brothers] pop up.”

“Big Time Rush — they kept splitting off in different directions. Eventually, One Direction,” Kimmel added. “And it popped up all over the world, until eventually, we get to one that’s so contagious, it destroys all life on earth.”

While Kimmel did not clarify which boy band he was referring to as the variant that is “so contagious, it destroys all life on earth,” fans took to social media to air their grievances, noting that he was likely referring to BTS, as he had made a similar joke the previous week.

“im not crazy for hearing what that last line is implying right…” one Twitter user reacted.

“He said ‘BTS fever’ and compared it with covid and then said she’s lucky to come out of ‘those’ alive,” another commented. “Im sick and tired of the way people make jokes like this so casually. Especially when they never admit their jokes aren’t funny and never apologize for hurting so many people.”

Using Asian megastars—who have worked extremely hard to get where they are, fought racism and made brilliant strides for representation—as the butt of racist jokes is not funny. ‘Comedy’ like Jimmy Kimmel’s normalises Asian hate and crime against Asian people. This is not okay.

I would point out how absurd the #JimmyKimmelRacist hashtag is, but @jimmykimmel is such a jackass that I don't care he's under attack for a joke. He's led so many mobs at this point that I'm glad they turn on him. Plus, he actually is a racist.

“no media coverage exposing the racist, xenophobic remarks that jimmy kimmel constantly makes towards asians, i don’t know how he gets off scot-free every single time,” one tweeted.

“Too bad that @ABC continues to air racist take after racist take from Jimmy Kimmel,” another said. “They wonder why they can never get BTS on their programs or for interviews. It’s clear why. It’s a racist network that encourages discrimination.” 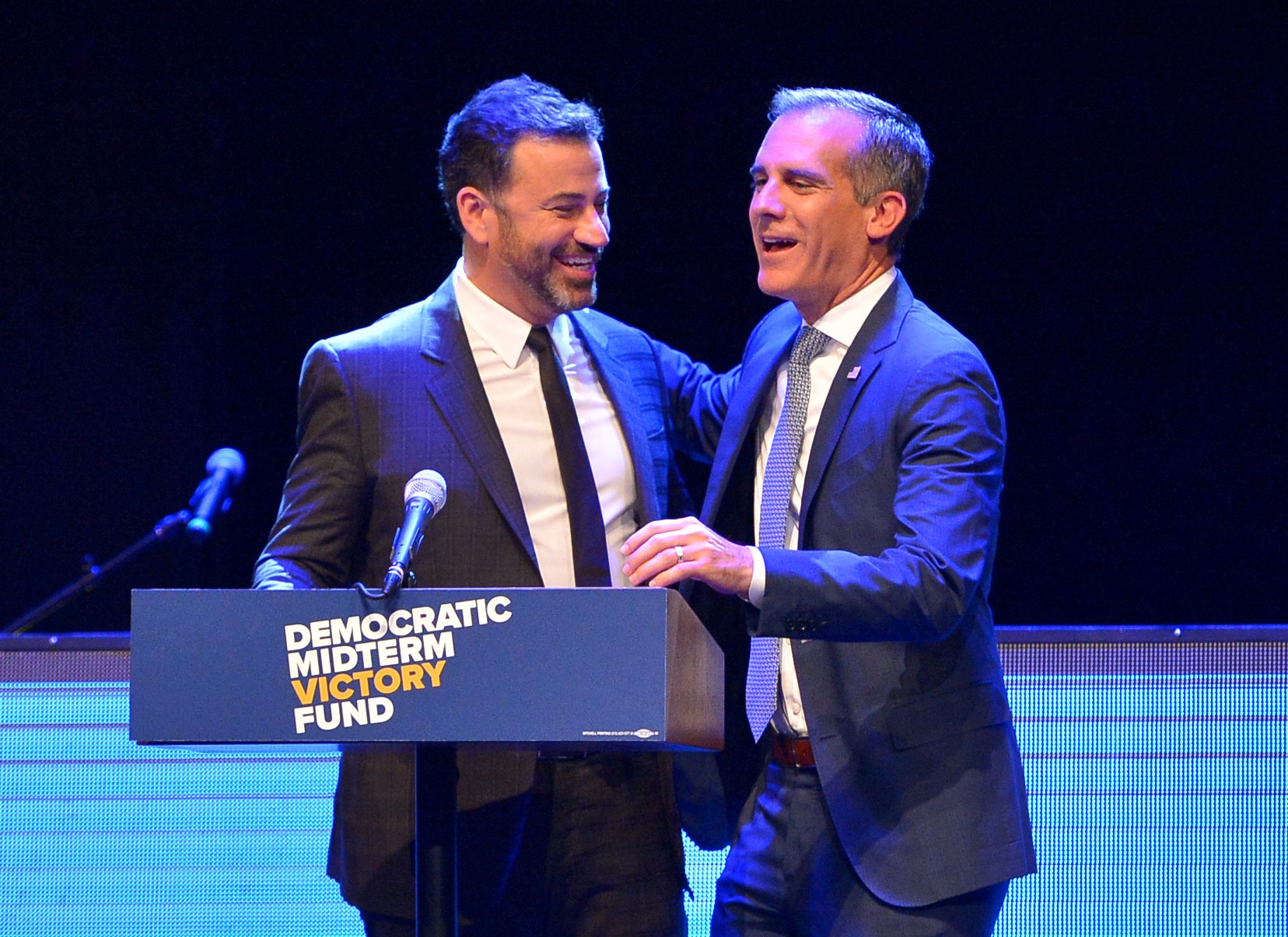 “I say Jimmy Kimmel is a Racist!” another declared.

“Jimmy Kimmel is not the first media personality to make a racist ‘joke’ about BTS. He’s not even the first to link BTS to COVID. BTS has spoken out about the racism and xenophobia that they’ve endured during their nearly decade-long career,” another wrote.

“jimmy kimmel is an ugly racist white man,” another proclaimed. “this mf can barely even show his asian guests basic respect. making racist little gags at their expense lmao nah he needs to stay tf away from asian people and never speak again.”