Tom Hanks has returned to his roots in comedy by narrating a new commercial touting the alleged accomplishments of the Biden-Harris administration in its first year.

“We are stronger than we were a year ago today,” Hanks declares in the video, neglecting to mention soaring inflation, record illegal crossings at the southern border, and President Joe Biden’s broken promise to “shut down this virus.”

The commercial, created by the Biden Inaugural Committee, is expected to blanket the airwaves in the coming days to mark the one-year anniversary of Biden’s swearing-in, according to a report from Axios. It comes as the president’s poll numbers continue to plummet to new lows amid widening frustration with the White House’s inability to solve the most basic problems. 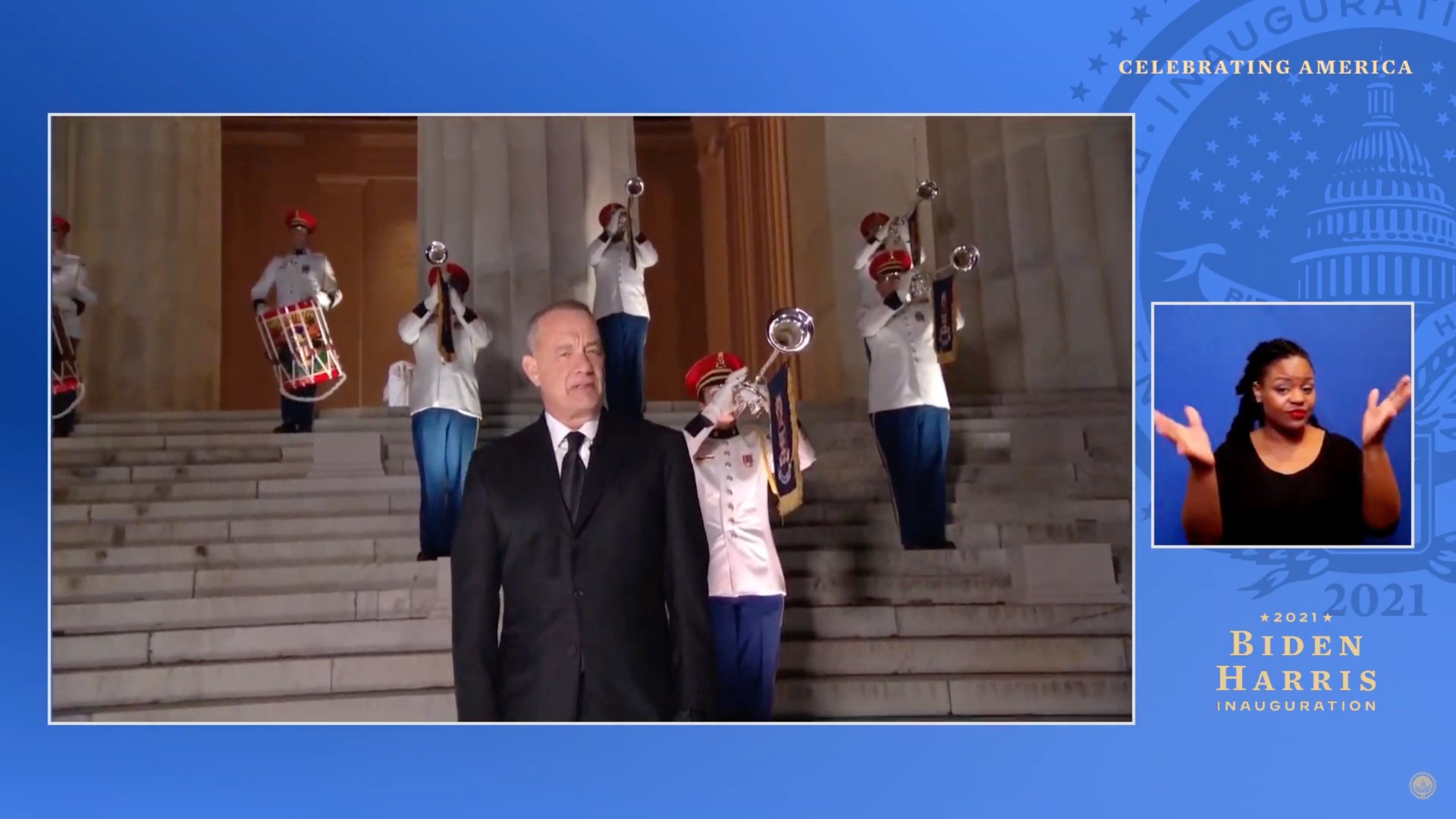 Hanks is in full folksy mode as he narrates the commercial and even puts in a brief appearance.

In the commercial, Hanks claims that “more jobs were created in 2021 than in any year in the last 80 years.” The claim fails to put the numbers in context of the pandemic, while also neglecting to mention recent misses in new jobs figures.

Biden has just come off what has widely been described as the worst week of his presidency, following the failure of Democrats to pass their “voting rights” legislation and his defeat in the Supreme Court regarding his vaccine mandate for employers.

The two-time Oscar-winning Tom Hanks backed Joe Biden and Kamala Harris during the 2020 election. He and wife Rita Wilson also teamed up with Michelle Obama that year to push for vote-by-mail as part of the former first lady’s When We All Vote initiative.