Sinead O’Connor announced Thursday she has admitted herself to hospital just days after her teenage son was found dead.

The 55-year-old singer-songwriter said in a social media post she was with police and being taken to see medics.

The Irish singer confessed to feeling “lost” without her boy Shane and said she “hates'” herself but wants to seek help, after first posting and then deleting a message that shone a light on her own will to go on alone.

She wrote online: “I’m sorry. I shouldn’t have said that. I am with cops now on way to hospital. I’m sorry I upset everyone. I am lost without my kid and I hate myself. Hospital will help a while.”

I’m sorry. I shouldn’t have said that. I am with cops now on way to hospital. I’m sorry I upset everyone. I am lost without my kid and I hate myself. Hospital will help a while. But I’m going to find Shane. This is just a delay

As Breitbart News  reported, her son Shane O’Connor was found dead last week. Police said there were no suspicious circumstances around the death.

“Following the recovery of a body in the Bray area of Wicklow on Friday 7 January 2022, a missing person appeal in respect of Shane O’Connor, 17 years, has been stood down,” a police spokesperson said.

O’Connor wrote on social media her son had been hospitalized after two suicide attempts.

“My beautiful son, Nevi’im Nesta Ali Shane O’Connor, the very light of my life, decided to end his earthly struggle today and is now with God. May he rest in peace and may no one follow his example. My baby. I love you so much. Please be at peace,” the grieving mother posted on Friday. 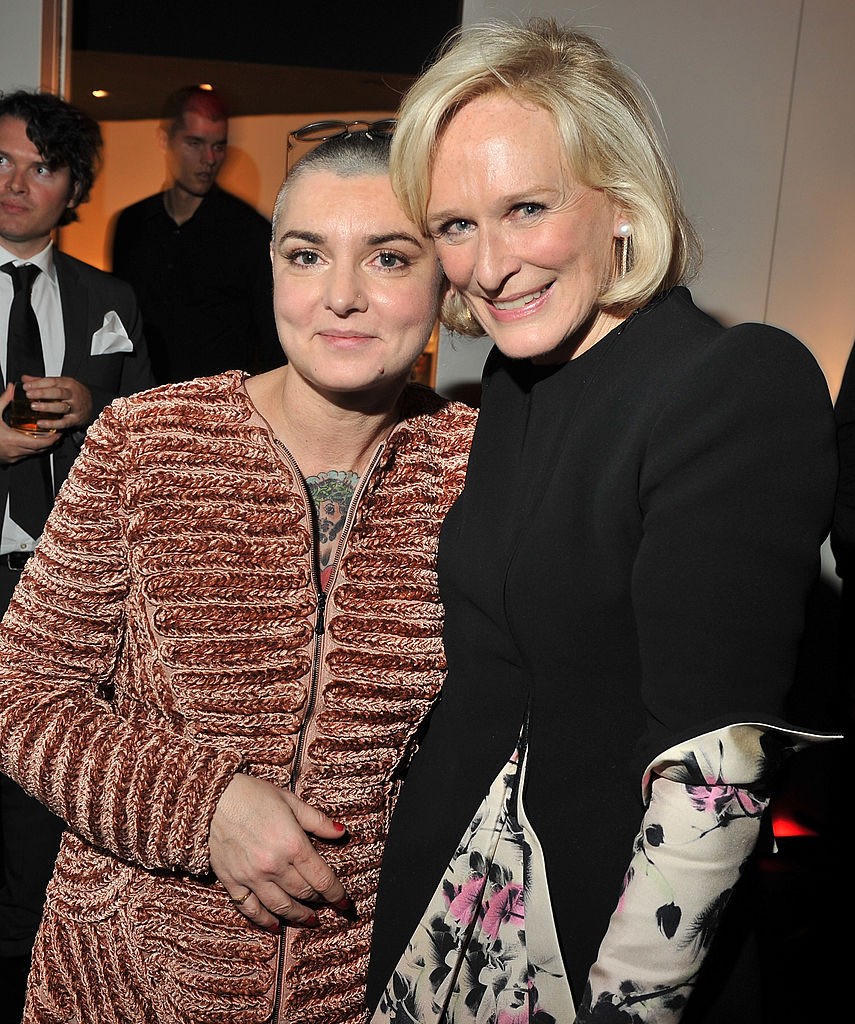 Sinead O’Connor and actress/producer Glenn Close attend the after party for the Giorgio Armani & Cinema Society screening of “Albert Nobbs” at the Armani Ristorante on December 13, 2011 in New York City. (Stephen Lovekin/Getty Images)

The day before he was found, O’Connor pleaded with the missing teen to contact her or the police so they could get him the help he needed.

She also blasted the hospital where he was being treated for allowing him to leave when he was so troubled.

“Like, how has a seventeen year old traumatised young person WHO WAS ON SUICIDE WATCH in Tallaght Hosptial’s Lynn Ward been able to go missing??? Hospital of course so far refusing to take any responsibility. Anything happens to my son on their watch? Lawsuits,” she wrote before his death.