Hershey announced Thursday the company anticipates a candy shortage due to issues with the global supply chain.

The company’s CEO said it would not be able to meet demand when it came to sweets at Halloween, ABC News reported Friday:

While the company has added production capacity, Hershey said it can’t keep up for this year. The candymaker has also been hit by a shortage of essential ingredients like cocoa as a result of a global supply chain issues due to the pandemic and the war in Ukraine.

Trying to balance non-seasonal treat production along with holiday candies has also become a challenge. The company started producing Halloween candy a few months ago, according to CEO Michele Buck.

She explained, “And that’s really when we needed to make these key decisions on what we were going to produce, so tough trade out to make. We had opportunity to deliver more Halloween, but we weren’t able to supply that. And we were really producing.” 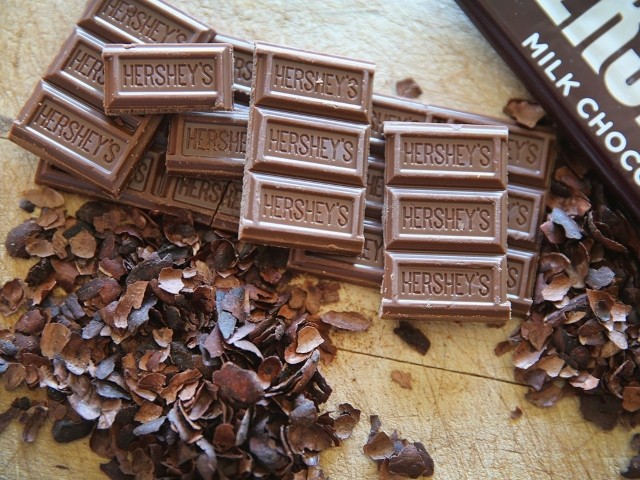 Hershey’s chocolate bars are shown on July 16, 2014, in Chicago, Illinois. Hershey Co. is the No.1 candy producer in the U.S. (Photo Illustration by Scott Olson/Getty Images)

“…We had a strategy of prioritizing every day on-shelf availability,” Buck continued. “It was a tough decision to balance that with the seasons, but we thought that was really important.”

“All of this — Americans dealing with supply chain shortages, rising gas prices, and 41-year high inflation, with no relief in sight in President Biden’s America — comes as the midterm elections loom,” the outlet reported.

In addition, most Americans said the cost of gas and rising food prices is affecting them “a lot,” according to a YouGov/CBS News poll published in June.

“Further, the survey found that most Americans will not be enjoying everyday summer activities in the midst of rising prices,” the outlet said.