Democratic Rep. Tim Ryan is trying to win skeptical Democrats in Ohio’s Senate primary race by supporting a pro-migration bill that would divert even more investment and jobs from the Buckeye state.

With less than 10 months to go before the general election, Ryan has already visited 72 of the state’s 88 counties in a full-press effort to try to persuade the hinterlands, a handful at a time, that Democrats like him are human beings who breathe the same air. He is “1,000 percent for” President Biden’s Build Back Better [BBB] bill …

The three immigration sections of the Ryan-backed BBB would shrink the economic incentives for coastal investors to create good jobs in Ohio.

Investors prefer to create jobs in convenient locations where they understand the local politics. In a normal economy, this preference ensures that coastal investors will create worksites in the coastal states until they run out of cheap coastal workers and cheap coastal land.

But since Congress and President George H. W. Bush doubled immigration numbers in 1990, coastal investors have faced little pressure to invest in the heartland. Since 1990, the government has extracted a continuous supply of lower-wage, subservient, non-union, and compliant migrants from poor countries and delivered them to the investors’ coastal worksites.

This federal inflation of the labor supply has diverted wealth to the coasts. For example, Wall Street’s Dow Jones index climbed by 60 percent from 2005 to 2017. But Ohio’s median household income stayed flat during the same period — before it began climbing quickly under President Donald Trump’s lower-migration policies in 2018 and 2019. 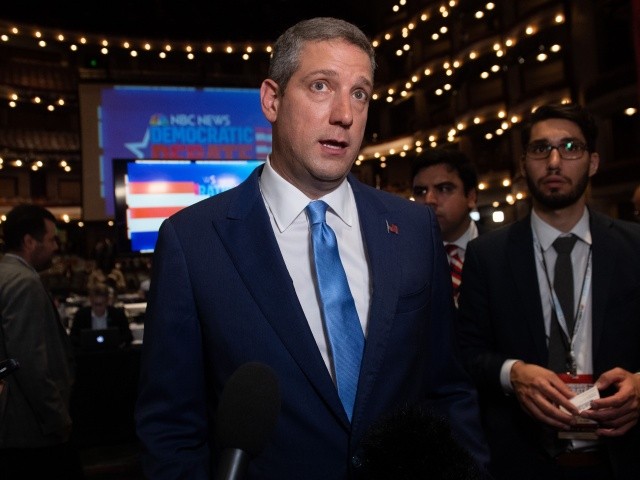 The decades-long shortage of high-tech investment in Ohio helps to explain why Ohio voters and politicians were so delighted with the $20 billion investment announced by chip-maker Intel in January. The Columbus Dispatch reported the local reaction to the news, 51 years after Intel began building chips in California:

Though Ohio has a long history as an industrial power, the two chip plants will be the first to be built in Ohio [or] the Midwest.

“This is a brand new industry for us in Ohio,” Lt. Gov. Jon Husted told the Dispatch. “Semiconductors aren’t made here.”

It would amnesty millions of illegal migrants, most of whom are working in jobs created in the coastal states where they live.

It would accelerate the inflow of immigrants’ relatives, dubbed “chain migrants.” The huge majority of arrivals are expected to join their relatives who are now living in coastal states such as California, New York, and Texas.

The bill would also supercharge the inflow of cheap and compliant foreign graduates into the high-tech manufacturing and white-collar jobs needed by the rising children of blue-collar and white-collar Americans. For example, many Intel jobs are already filled by foreign graduates who are imported via the 1990 legislation, and the BBB bill would allow Intel to import many more foreign workers for the new jobs in Ohio.

The wealth-shifting impact of national migration is spotlighted by Biden’s delivery of 77,000 Afghan migrants in 2021. Most are seeking to settle alongside other Afghans in the coastal states of California and Virginia, so delivering many more workers, consumers, and renters to investors in those states.

Meanwhile, just east of Ohio, in Johnstown, Pa., local business groups planned to recruit some of the poor Afghans to pump up local consumer sales, raise rents, and fill jobs that would otherwise have to be filled by local Americans at family-level wages.

The plan failed because of strong local opposition. “You look around and there are a lot of help-wanted signs out but these jobs aren’t family-sustaining,” said Jackie Kulback, Cambria County Republican committee chairwoman. She told a Fox TV station that the local “schools are struggling with the people they have now, our hospitals are overwhelmed, our social services that these people are requiring are county just can’t handle more.” 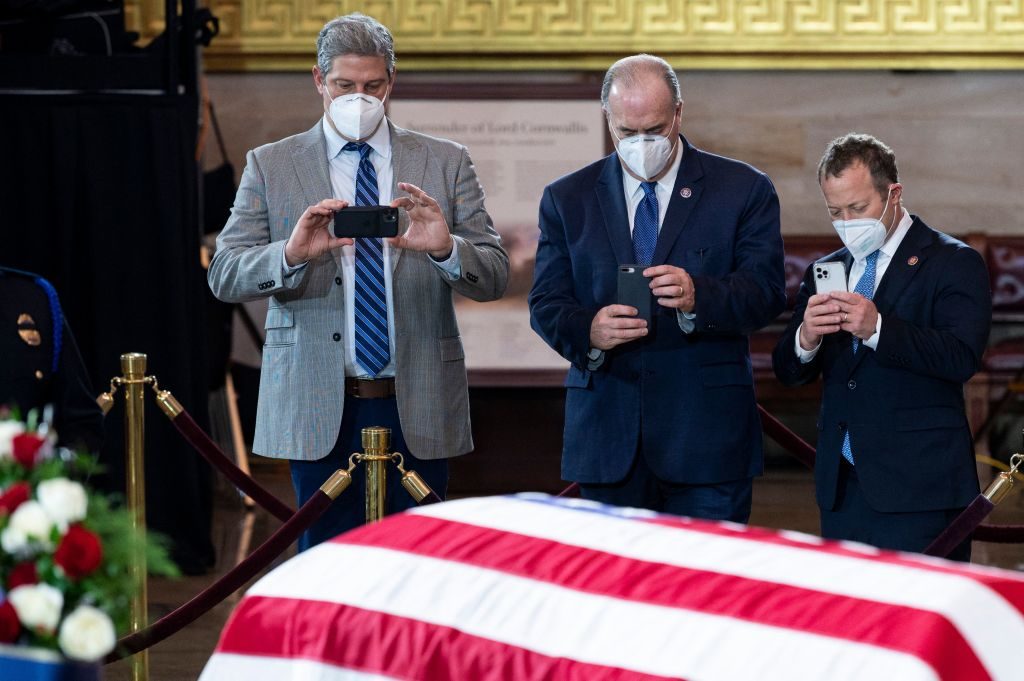 The migration angle in Ryan’s support for the BBB bill was ignored by the reporter at Jeff Bezos’ Washington Post.

Many establishment journalists are under intense woke and corporate pressure to ignore the pocketbook and macro-economic impacts of migration, and to cover only the family drama angles to the federal government’s economic policy of extraction migration.

Trump won strong support in Ohio for his 2016 promise to curb migration. But he only partly filled those promises by 2019 and 2020. His failure to fully deliver on his immigration promises helped him lose Pennsylvania in 2020.

In 2022, Ryan is not offering a fix to the federal labor-supply policies that have drained wealth from Ohio since 1990. Instead, he is trying to win Democratic primary voters by offering federal spending as a consolation prize for all the lost wealth:

Ryan’s bet — and the national Democratic dream — is that a few issues still just might matter more than his party label. He lists three whenever he speaks, after talking up his small-town upbringing and all of his union relatives who once worked at steel plants or auto suppliers: rebuilding the country with major public works spending, new government investing in manufacturing industries and beating China.

The pitch has made Ryan one of the most consequential Democratic candidates of the 2022 cycle, a test case on whether his party has any hope of reclaiming its erstwhile [w]hite working-class voting base, as former president Donald Trump, who sped their flight, waits in the wings. The struggle is, by any measure, uphill — Democrats have just one statewide win in the former swing state since 2012 — and Republicans remain favored to replace retiring Sen. Rob Portman (R) in November.

In Ryan wins, he’ll likely face a GOP candidate who opposes the migration changes in the BBB bill.

For example, Ohio Republican primary candidate J.D. Vance told Breitbart News in March 2021 that Biden’s current illegal immigration surge “is because our country is controlled by corporate donors of both parties, but especially right now on the left.”

D.C. politicians “have people in their ears who have a lot of money and who want cheap labor and who want a lot of illegal immigration,” Vance said of the Republicans who support amnesty for illegal migrants.

For the moment, the BBB bill supported by Ryan is stalled in the evenly-divided Senate, amid opposition from the GOP caucus plus Sen. Joe Manchin, the Democrat from next-door West Virginia.

But the BBB bill is still being pushed by nearly all Democratic Senators — plus their growing base of corporate donors.

Facebook founder Mark Zuckerberg and his investor allies at FWD.us are leading the 2022 push for more migration and amnesty. The investor group is not just looking for extra workers — it wants more migrants because they also serve as consumers and renters.

The breadth of investors who founded and funded FWD.us was hidden from casual visitors to the group’s website sometime in the last few months. But copies exist at the other sites. The 2013 founders included Zuckerberg, Microsoft founder Bill Gates, John Doerr at Kleiner Perkins, Matt Cohler at Benchmark, and Breyer Capital CEO Jim Breyer.

A wide variety of little-publicized polls show deep and broad opposition to labor migration. The opposition is growing, anti-establishment, multiracial, cross-sex, non-racist, class-based, bipartisan, rational, persistent, and recognizes the solidarity that Americans owe to each other.