A Mexican cartel singled out a soccer star-turned-governor for his alleged ties to rival crime bosses. The politician recently made headlines after a photograph of him posing with three cartel leaders went public.

This week, gunmen hung two banners in the town Puente de Ixtla, where they call out Morelos Governor Cuauhtémoc Blanco. The banners went up one day after they allegedly murdered a local mayor. The gunmen take credit for the murder, call out Blanco by name, and suggest future violence. The gunmen also implicate a high-ranking state official named Alejandro Villarreal and ask for an investigation into the murder of a regional boss with Cartel Jalisco New Generation (CJNG). 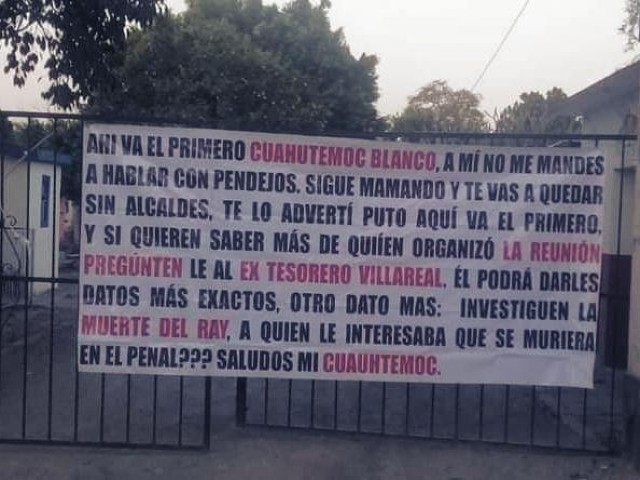 The controversy surrounding Blanco first started in mid-December after a photograph surfaced where the governor is seen with Irving Eduardo “El Profe” Solano, a leader with Guerreros Unidos Cartel; Raymundo “El Ray” Isidro Castro, a leader with Cartel Jalisco New Generation; and Homero “La Tripa” Figueroa, a leader with the Comando Tlahuicas (regional wing of CJNG). The photograph was taken at a church in Morelos, the Cuernavaca Diocese revealed. 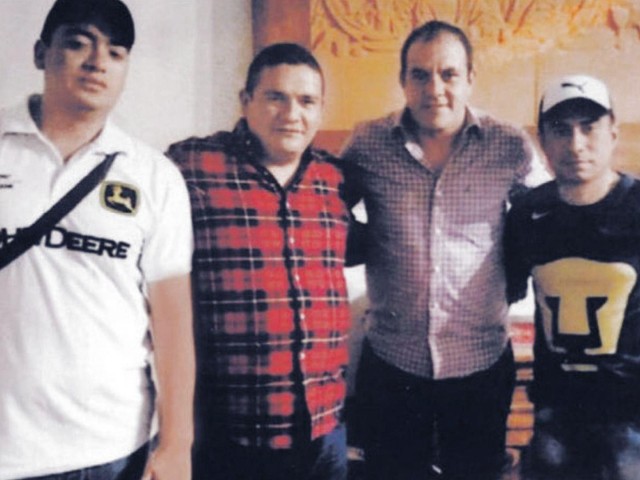 Since the photograph was initially taken, El Ray was killed inside a prison and El Profe was jailed. The circumstances behind the photograph remain unclear since Guerreros Unidos and CJNG are long-time rivals. One of the theories suggests a meeting ultimately did not lead to a truce. The banners threatening Gov. Blanco are attributed to La Tripa.

Gov. Blanco publicly claimed to not be linked to any criminal organization, and that he constantly takes photographs with fans.

Blanco was a professional soccer player from 1992 to 2016 for the Mexican national team and is considered one of the country’s all-time players. In 2016, he became the mayor of Cuernavaca and won his gubernatorial race in 2018.

Editor’s Note: Breitbart Texas traveled to the Mexican States of Tamaulipas, Coahuila, Nuevo León, and other areas to recruit citizen journalists willing to risk their lives and expose the cartels silencing their communities. Breitbart Texas’ Cartel Chronicles are published in both English and in their original Spanish. This article was written by Jose Luis Lara, a former leading member who helped start the Self-Defense Movement in Michoacán.