The armed forces of Sri Lanka executed a violent raid on the peaceful “Occupy Galle Face” protest camp located in the heart of the national capital Colombo on Friday, the first major order by newly-minted President Ranil Wickremesinghe in the face of months of calls for the entire Sri Lankan government to resign.

The move prompted near-universal condemnation for Wickremesinghe and calls for a probe into the attack.

The Democratic Socialist Republic of Sri Lanka has faced extreme shortages of food, fuel, medicine, and other necessities since at least April, the result of the longstanding Rajapaksa dynasty – which governed the country until its last member, former President Gotabaya Rajapaksa, fled the country two weeks ago – taking out predatory loans from China, banning chemical fertilizers, and engaging in reckless spending without preserving foreign currency. Wickremesinghe, acting as prime minister, proclaimed that the nation’s economy had “completely collapsed” in an address to Parliament in June. 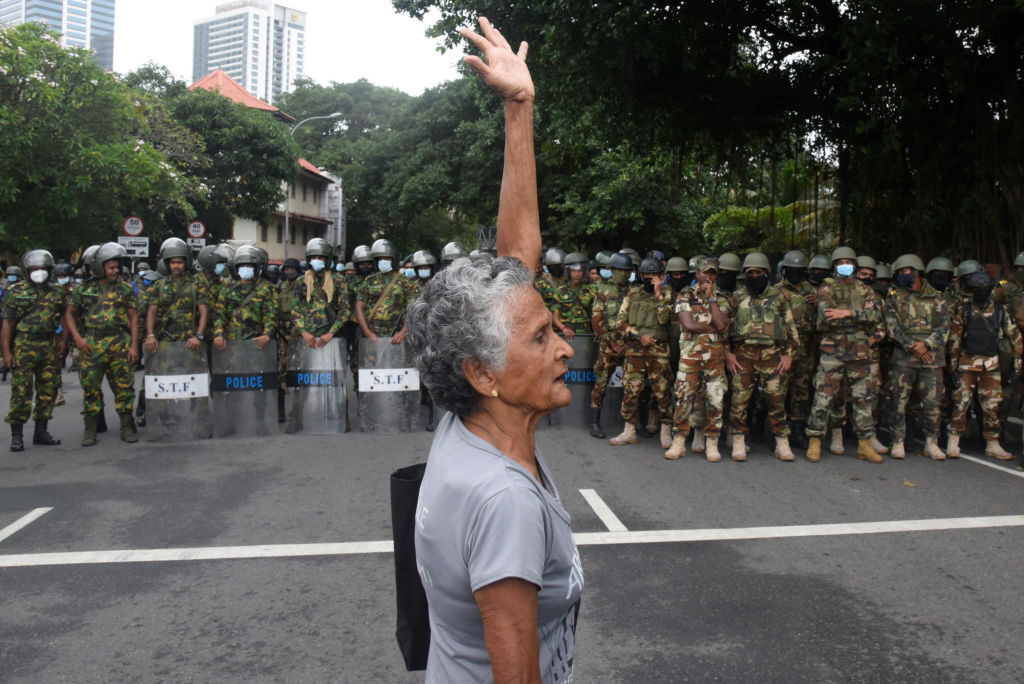 Wickremesinghe, who succeeded him, had also agreed to resign two weeks ago after protesters burned down his home. Instead, Gotabaya Rajapaksa fled, leaving him in the position of interim president until he “won” a parliamentary election for the presidency this week with 134 votes.

The “Occupy Galle Face” protest, which called for Gotabaya Rajapaksa’s resignation, continued after his departure with the demand that Wickremesinghe also leave power. Protesters demanded he step down nearly immediately after lawmakers announced him as the nation’s next president.

Local outlets published videos in the early morning hours of Friday of armed soldiers raiding the Galle Face camp – set up on the eponymous lawn near the country’s halls of power – attacking peaceful protesters and destroying tent sites. The attack reportedly began after armed forces shut down all roads to Galle Face. The Occupy protest was in its 105th day.

Update: A video circulating on social media shows the military moving in on #GotaGoGama pic.twitter.com/LOO6omBmfE

Update: A video circulating on social media shows individuals suspected to be protesters, being dragged away by troops near a road block placed near the Cinnamon Grand Hotel, Colombo. pic.twitter.com/CWeUFbxMRC

Police announced nine arrests in the raid and “several” injuries, according to Sri Lanka’s Daily Mirror. The police claimed it was a law enforcement operation, not a military one, but that three different armed forces aided police in removing the protesters. Highlighting the diversity of the protesters calling for the government’s dissolution, those arrested were identified as being between the ages of 26 and 58.

Prior to the raid, Wickremesinghe had declared on Wednesday that all those participating in recent protests that resulted in a massive pool party and the official residence of the Sri Lankan president would face criminal liability. The occupation, which began on July 9 and lasted almost a week, featured hundreds of people using the president’s shower, eating the gourmet food and imbibing in expensive spirits at the palace, and a bizarrely orderly line outside of individuals seeking to tour the home, take selfies, and leave. Rajapaksa fled to the Maldives, then Singapore, on that day.

“The Aragalaya [“struggle,” the popular name for the presidential occupation] was against the system. … That is not democracy, those are illegal acts,” Wickremesinghe had said on Wednesday.

In comments that day, prior to his inauguration, Wickremesinghe also insisted he would respect the rights of peaceful protesters and argued that he had “been opposing” the Rajapaksas for years, so calls for his resignation were illogical despite his lack of mandate, having not been elected by popular vote.

The military raid has unleashed a torrent of condemnation towards Wickremesinghe within the country. 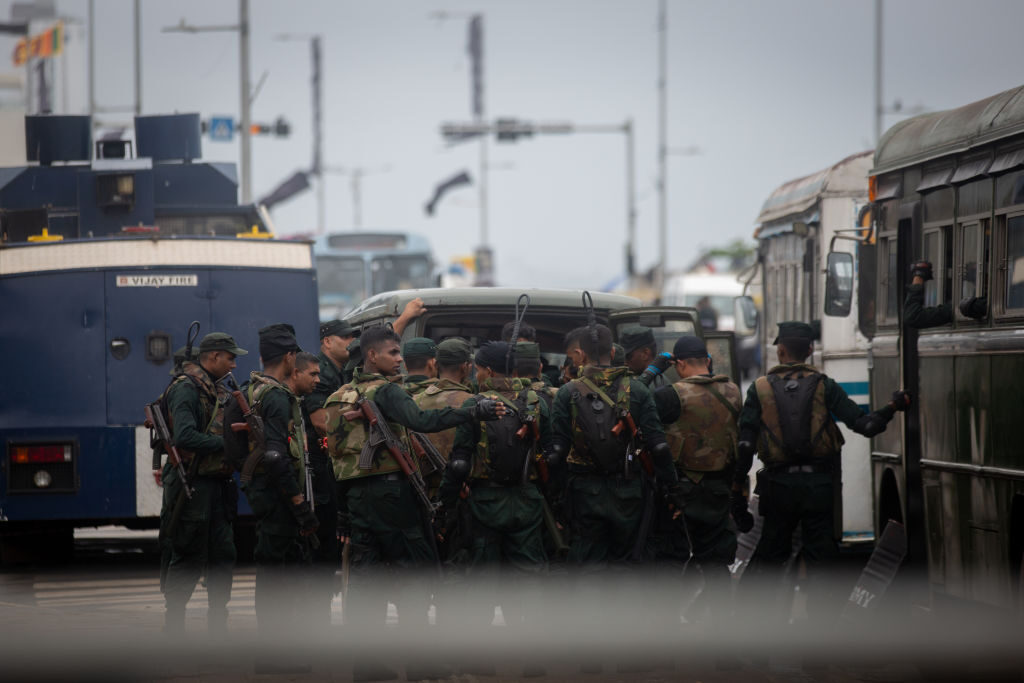 “We want to completely condemn this high handed action of the President, Ranil Wickremesinghe,” Malcolm Cardinal Ranjith, the archbishop of Colombo, told reporters on Friday. “We hold the President responsible for any future disaster that might follow as a result of this action.”

The Bar Association of Sri Lanka (BASL) similarly “strongly and unreservedly” condemned the raid, stating that its attorneys had proof that soldiers had abused civilians in the process of dismantling the camp. The BASL also stated that soldiers blocked lawyers from entering the site to represent their clients.

“The use of the armed forces to supress civilian protests on the very first day in office of the new President is despicable and will have serious consequences on our country’s social, economic and political stability,” the BASL statement read.Sri Lanka’s Human Rights Commission announced, in addition to condemning the raid, that it would launch an investigation into Wickremesinghe over the event.”Occupy Galle Face” had survived at least one other violent attempt against it in May, when supporters of the Rajapaksa political party, the Sri Lanka Podujana Peramuna (SLPP), destroyed it and beat protesters with sticks and other rudimentary weapons.

That incident prompted a wave of violence that left several dead – including a lawmaker who died in a shootout with protesters – and protesters burning down the homes of over 50 elected officials, including then-Prime Minister Mahinda Rajapaksa.