The number of babies born in Japan in 2021 marked a decrease of 29,231 from 2020. The development signaled an unexpectedly steep drop in Japan’s newborn tally, which has “already fallen to the level that the government’s 2017 study forecast for 2027,” according to Kyodo News.

Japan’s Ministry of Health, Labor and Welfare announced the 2021 newborn data at a press briefing on June 3. The health ministry said it attributed the low figure to “a fall in women in their 20s giving birth.” Tokyo said it remains unclear if other factors, such as uncertainty about the future or increased economic insecurity, contributed to this decline in the number of young Japanese women giving birth.

Japan’s Chief Cabinet Secretary Matsuno Hirokazu expressed dismay at the low newborn statistic at Friday’s press conference, warning it “could shake the foundations of our society and economy.” He vowed to tackle the issue as Tokyo’s top priority moving forward.

“We will create a reassuring social environment for people to give birth and raise children,” Matsuno said.

He added that Japan’s federal government will work to ramp up support for “fertility treatment and childcare services” while promoting favorable conditions that would encourage men to take paternity leave.

Women between 30 and 34 accounted for 292,435 births, the largest number among the age brackets in the survey. The average age for bearing a first child rose 0.2 year to 30.9, the oldest on record.

Women between 40 and 44 were the only age group whose births increased from last year at 48,516, up 617, suggesting more women in the country are choosing to become mothers later in life.

By prefecture, Okinawa posted the highest birth rate, with each woman estimated to have 1.80 babies in her lifetime, followed by Kagoshima and Miyazaki, both in southwestern Japan, at 1.65 and 1.64, respectively.

Japan’s population shrank by 644,000 from 2020 to 2021, which was the sharpest decline recorded since 1950. The population of Japan is also aging, indicating that the nation may face cultural and economic tumult in the near future. 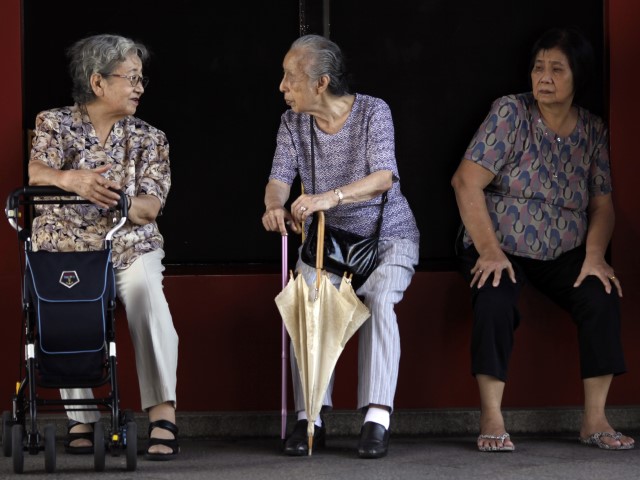 “This cohort now accounts for 28.9% of the total population, which is the highest percentage on record. Within that range, people aged 75 years or older increased by 72,000 to 18,674,000, meaning that they account for more than half of the population of those over 65,” Nippon observed.