Chinese dictator Xi Jinping welcomed the Lunar New Year in a speech this weekend celebrating China’s “global leading position in economic development,” largely attributable to the collapse of rival economies in the face of a pandemic that would have likely remained a local outbreak had the Communist Party not acted to repress local doctors.

Xi also used his traditional address, broadcast on Sunday Beijing time according to Chinese state media outlets, to applaud his Party for repressing pro-democracy voices in Hong Kong, leading the formerly free city “from chaos to governance,” and to specifically warn Chinese citizens who are not members of the Communist Party to maintain a “correct political direction, and consciously maintain a high degree of consistency” with the Party, state media detailed.

Xi delivered his speech from the confines of the Great Hall of the People, the center of Chinese politics, surrounded by members of the Communist Party, elite, according to the state-run Global Times. He dedicated much of the speech to applauding his own government for its alleged achievements in 2021.

“Xi said that 2021 witnessed remarkable progress for the Communist Party of China (CPC) and the country, listing major events including the celebration of the CPC’s centennial, the adoption of the third historic resolution in the Party’s 100-year history,” the Global Times relayed, “the victory in the fight against absolute poverty, the attainment of the first centennial goal of building a moderately prosperous society in all respects, and the start of a new journey to fully build a modern socialist China.”

“No matter what twists and turns or challenges we may face, we must carry forward the CPC’s great founding spirit, and keep in mind that one thrives in adversity and perishes in laxity,” it quoted Xi as saying. “We ought to have a long-term perspective, be prepared for potential dangers even in times of calm, and maintain strong unity and work hard, to keep driving forward the great cause of national rejuvenation.”

The dictator boasted that China has a “stable and healthy economy.” The South China Morning Post – not officially a state publication but owned by Chinese government-linked e-commerce megasite Alibaba, quoted Xi as declaring that China had “maintained a global leading position in economic development and epidemic prevention and control.”

The Chinese government released its annual data last week finding that it hit a record $676 billion trade surplus in 2021 and exports increased by 30 percent in a year (its surplus increased by 26 percent). Trade volume generally, according to China’s General Administration of Customs (GAC), was about $6 trillion, another record. The Chinese economy grew 8.1 percent in 2021 as many, struggling to keep afloat amid lockdowns and other economically damaging counter-pandemic measures, shrank.

Much of that surplus, according to economics observers and China’s own state media outlets, has been driven by sales of masks, gloves, vaccine products, and other goods deemed necessary thanks to the Chinese coronavirus pandemic.

“China has provided the most vaccines in the world over the past year with more than 2 billion doses being sent abroad,” the Global Times detailed last week. The country provided about 372 billion face masks, more than 4.2 billion pieces of protective gowns, and 8.4 billion test reagents to the international community as of the end of 2021, data from the National Bureau of Statistics revealed.” 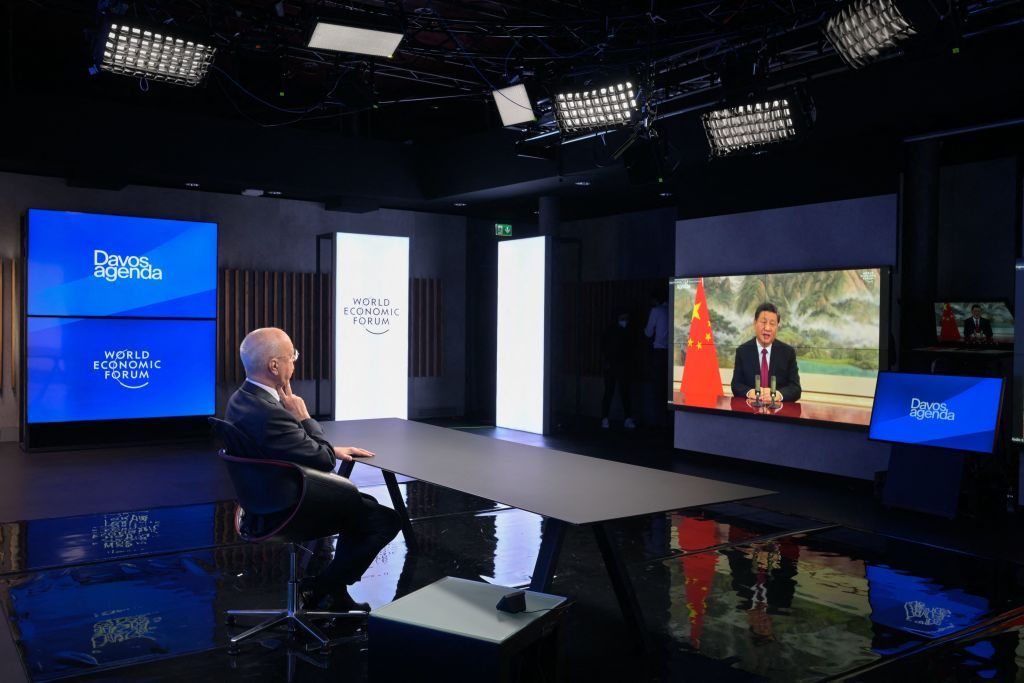 Business for Chinese pandemic supplies has not stalled in the face of growing concerns about their quality. China’s KN95 masks, for example, failed to meet American inspection requirements 60 percent of the time, according to a recent study published by the U.S. Centers for Disease Control (CDC). The administration of President Joe Biden widely distributed KN95s to member of Congress in mid-January.

The ongoing Chinese coronavirus pandemic began in Wuhan, China, in late 2019 as an outbreak of an unknown respiratory ailment. Evidence compiled by intelligence agencies like Taiwan’s and local citizen journalists revealed that the local Communist Party had reason to believe the disease was infectious as early as December 2021, but denied it publicly, resulting in the World Health Organization (W.H.O.) declaring on January 14, 2020, that the novel Chinese coronavirus did not spread through “human-to-human transmission.” The virus is highly transmissible from human to human and spread rapidly as the Communist Party encouraged international travel and communal activities.

Doctors in the city appeared to disagree early on that the virus was not contagious, resulting in police arresting at least eight people and forcing them to deliver humiliating public apologies for “crimes” such as advising other doctors and medical staff to wash their hands and wear sanitary masks. One such doctor, Li Wenliang, died about a month after his detention.

The 34-year-old allegedly died of a Chinese coronavirus infection and the Chinese government has coopted his memory as a martyr of its cause.

The mayor of Wuhan at the time, Zhou Xianwang, admitted in January 2020 that five people people left Wuhan to celebrate the Lunar New Year before China admitted it had an infectious disease on its hands. Zhou’s Wuhan also tried to break a world record for largest banquet, inviting an estimated 130,000 people to dine to celebrate the holiday, eating indoors and family-style. Many of those in attendance were elderly “empty nesters” whose children were abroad and could not return home to celebrate, exposing a population particularly vulnerable to severe coronavirus infections to the disease.

Zhou has since been promoted to a state-wide Party office.