Rahul Gandhi — a member of India’s left-wing opposition party, the Indian National Congress (INC) — asked, “When will we get back India’s territory that has been occupied by China?” in a post on Twitter Thursday considered by some to be directed toward India’s ruling, right-wing Bharatiya Janata Party (BJP), Asian News International (ANI) reported Friday.

Gandhi’s January 27 statement included a reference to China’s return that same day of an Indian teenager who had gone missing near the India-China border over a week prior. Miram Taron, 19, was last seen by his family near the border separating the northeastern Indian state of Arunachal Pradesh from China’s Tibet Autonomous Region on January 18. The Indian Express reported on January 27 that Taron “was captured by China’s People’s Liberation Army (PLA) when he strayed across the border.” 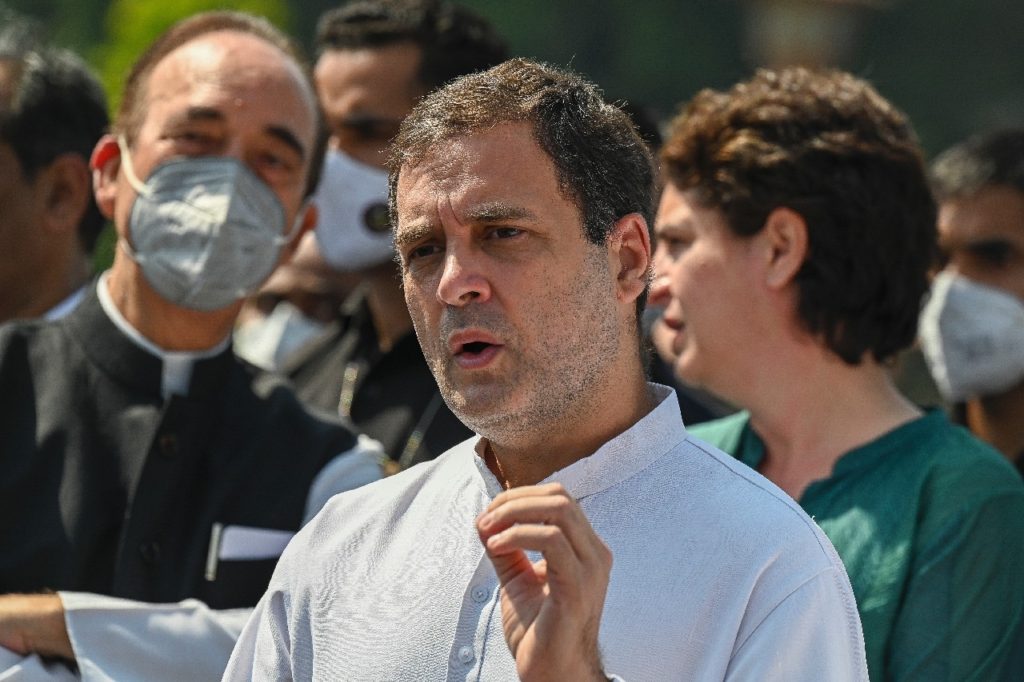 China and India have been engaged in a border dispute along their massive Himalayan boundary — both on its eastern and western sides —since a deadly skirmish between the two nations’ respective border regiments transpired in northwestern India’s Ladakh state in June 2020. The border, referred to by New Delhi as the “Line of Actual Control (LAC),” is largely unmarked and thus subject to regular squabbles over its exact limits. India has accused China of building new infrastructure and bolstering its military presence on Indian land located along the LAC in recent months, an issue referred to by Gandhi on January 28.

People living along India’s border with China in Arunachal Pradesh have temporarily disappeared before after either accidentally crossing into Chinese territory or being allegedly “abducted” by PLA border troops while still on Indian land. China returned five youths that had gone missing from Arunachal Pradesh in September 2020 after saying its PLA found them “on their side of the border.” Indian politician Ninong Ering alleged in August 2021 that China’s military was attempting to “recruit youths from … Arunachal Pradesh” to fight for the PLA.

Ering is a member of the INC and a former parliamentarian representing eastern Arunachal Pradesh state. His counterpart, BJP member Kiren Rijiju — India’s Minister of Law and Justice and a former parliamentarian representing western Arunachal Pradesh state — was one of the first Indian politicians to raise the public’s attention about Taron’s disappearance last week. Rijiju alleged that Taron “had been abducted by the PLA from inside Indian territory,” the Indian Express recalled on January 27.

“Some people reported that Chinese PLA had taken him into their custody,” Rijiju wrote in a Twitter statement on January 26.

“Since the individual was missing from an area close to the LAC, the Indian Army immediately approached the Chinese side on January 19 asking for assistance in tracing and return of the individual, in case he had strayed into the Chinese territory or the PLA had taken him in their custody,” he continued.

“Chinese side had assured that they would search for the individual and return him as per established protocol,” the law minister added.

Rijiju later clarified on January 26 “that the PLA had found Taron on the Chinese side, and that it was due to bad weather that his return had got delayed,” according to the newspaper.