Indonesia’s parliament approved a bill on Tuesday that initiates a plan to move Indonesia’s national capital from Jakarta to a location on the southeast Asian island of Borneo — which is politically divided between Indonesia, Brunei, and Malaysia — by 2024, Channel News Asia (CNA) reported.

The Indonesian law passed on January 18 paves the way for construction to begin at the planned site of the new capital city in East Kalimantan, which is an eastern province of Borneo administered by Indonesia.

“The initial relocation will start from between 2022 and 2024, with roads and ports prioritised to enable access, with some projects operating as public private partnerships,” Indonesia’s finance ministry said on January 18.

The ambitious endeavor will cost $32 billion and see Indonesia’s capital transform radically from its current form in Jakarta – which is traffic-congested, heavily polluted, and overcrowded — into a metropolis set in a lush tropical setting deep within Borneo’s rainforest jungle. Jakarta is located on the Indonesian island of Java, which is the world’s most populated island. The capital city itself is home to 10.5 million inhabitants.

Indonesia’s government specifically plans to break ground on its new capital within East Kalimantan’s “remote” regencies of Penajam Paser Utara and Kutai Kartanegara, according to CNA, which is owned by the Singaporean public broadcaster Mediacorp.

Indonesian presidents have long proposed moving the nation’s capital and seat of government from Jakarta due to the city’s regular flooding, which is caused in large part by the fact that Jakarta is sinking below sea level.

“A recent study by the [Indonesian] National Research and Innovation Agency (BRIN) stated that, without aggressive effort, around 25 percent of the capital area will be submerged in 2050,” the Jakarta Post reported in November 2021. 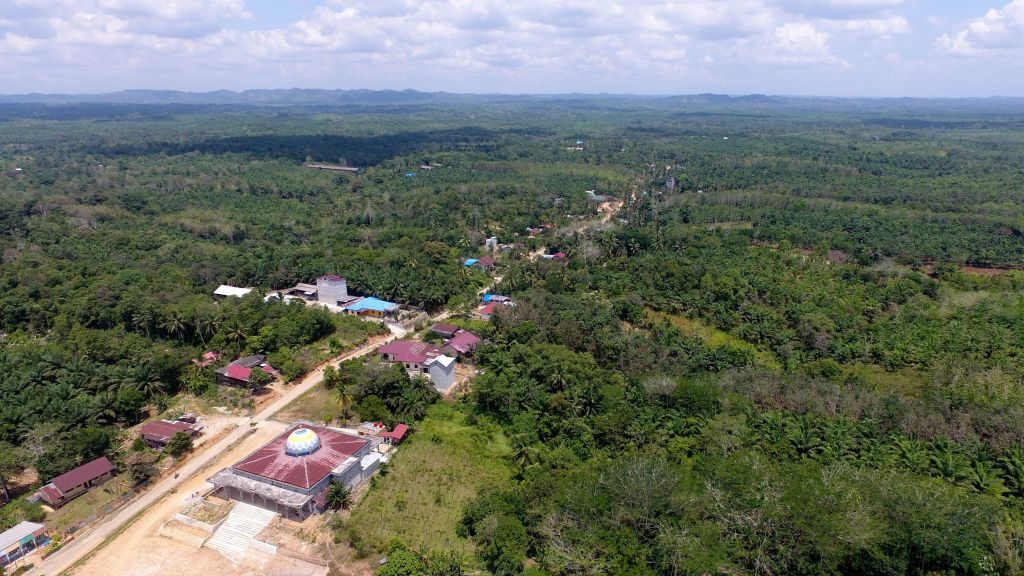 This aerial picture taken on August 28, 2019 shows a view of the area around Sepaku, where Indonesian President Joko Widodo announced that the nation’s political heart would be moved nearly 2,000 kilometres east to a yet-to-be-built model city as a way of easing pressure on densely populated Java. (STR/AFP via Getty Images)

The newspaper also cited a then-recent study by IPB University in West Java, Indonesia, which found that the main cause of Jakarta’s subsidence “is overuse of groundwater by home drilling as a result of massive developments.”

“Residents of Jakarta use their own wells to get freshwater from underground,” the Jakarta Post relayed.

“The continuous water intake from the ground wells has produced a massive empty space underground, which becomes the major subsidence area. The development of large buildings, hotels and shopping have also encouraged excessive use of groundwater,” according to the study.

Indonesian President Joko Widodo first announced his administration’s plan to relocate the national capital to Borneo in 2019. While the project has been delayed due to various constraints imposed by the Chinese coronavirus pandemic, the new capital should be completed by 2024, or in time to coincide with celebrations planned for Indonesia’s 79th anniversary of independence from the Netherlands, according to CNA.