No such attack has been detected by any security agency or reported by any entity connected to the Olympics.

“I must say that we have quite a lot of information about the massive campaign of aggressive and malicious interference in the preparations for the Beijing Olympics launched by the U.S. and its most odious and obedient allies,” remarked Russian Foreign Intelligence Service director Sergey Naryshkin, as breathlessly quoted by Russian state media and the Global Times.

“The U.S. Department of State plays a major role in this crusade,” Naryshkin added.

Naryshkin offered no evidence for his accusations, or indeed any evidence that the Beijing Winter Games have experienced any malicious cyber activity. 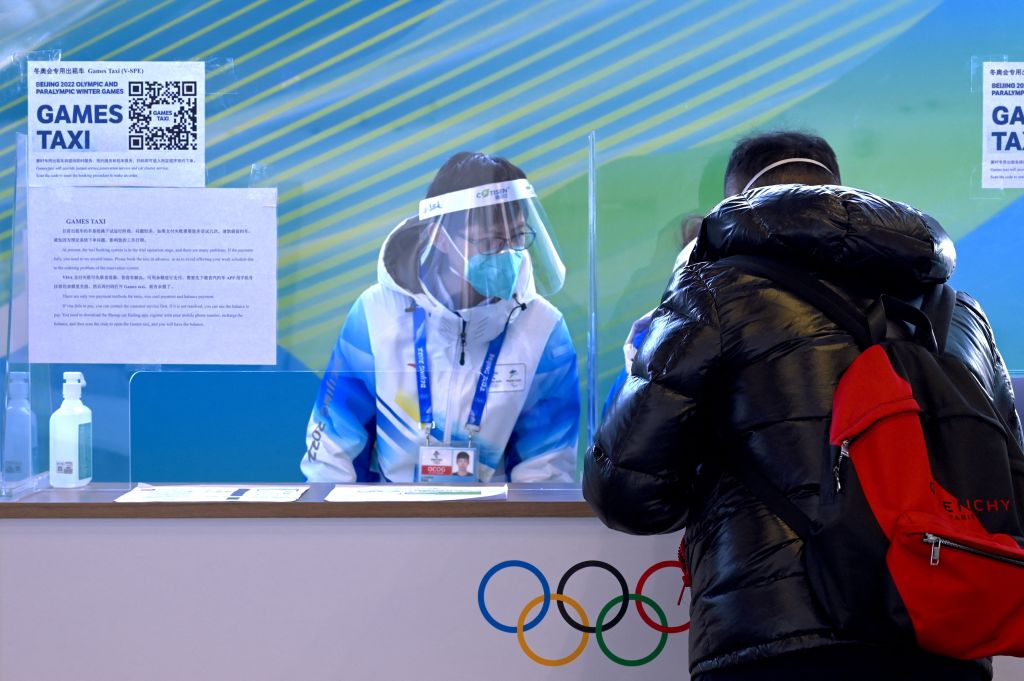 A man asks for transportation information at the MPC media centre help desk, inside the “bubble” in Beijing on January 13, 2022, ahead of the 2022 Beijing Winter Olympic Games. (Francois-Xavier Marit/AFP/Getty Images)

The Global Times decided to ignore the part where the Russian intelligence official said this massive assault was already underway, and rounded up some Chinese “experts” to hyperventilate about all the dastardly hijinks American hackers might be planning to perpetrate:

Launching an anti-China campaign prior to the Games is in line with the strategy of the US to besiege China together with its allies, Qin An, head of the Beijing-based Institute of China Cyberspace Strategy, told the Global Times on Wednesday.

Cyberattacks are most likely to be adopted by the US targeting the Olympics, sustaining its old tricks. The US always hypes China’s so-called cyber threats and stigmatizes China, so as to conceal the fact that the US is the world’s largest cyber attacker, Qin said.

Qin said at the same time, the US and its allies that engage in anti-China campaign would stir up public opinions using media that favor their interests to discredit China’s ability to hold the international sports fest through spreading rumors.

Another Chinese “expert” rattled off a list of every bit of mischief hackers could conceivably perform, from ransomware attacks to shutting down power systems, without providing any evidence that any of it was actually happening, or that any group was known to be planning a large-scale coordinated cyber warfare operation.

If anything, the 2022 Beijing Games have been fairly quiet on the cybersecurity front so far, as the Global Times implicitly admitted by mentioning the 450 million attempted attacks on the Tokyo Olympics in the summer of 2021. 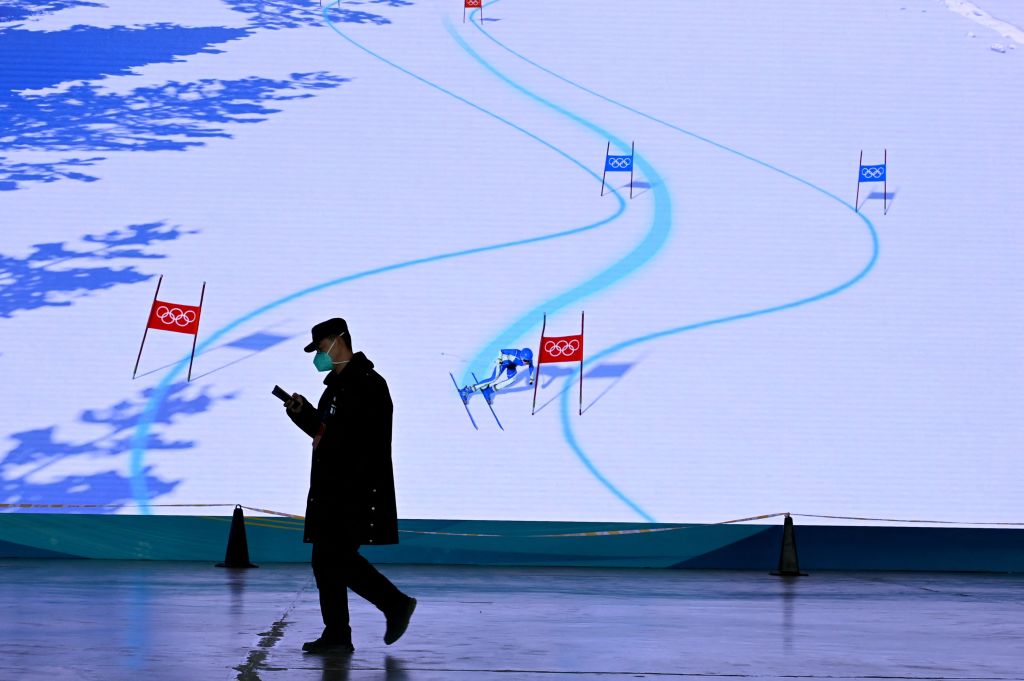 A security guard walks in front of a giant video screen at the media centre inside the “bubble” in Beijing on January 13, 2022. (François-Xavier Marit/AFP via Getty Images)

“It is reasonable to estimate that at least 500 million cyberattacks are likely to happen during the Games,” the Chinese Communist paper pontificated, without citing any data for that estimate.

There is some amusement to be found in the spectacle of China and Russia, two of the worst perpetrators of cyberespionage in the world, joining forces to complain that America and Europe might be planning the sort of coordinated hacking campaign that both of them pull off several times a year.

Naryshkin and the Global Times were really just parroting U.S. and British intelligence warnings from the fall of 2020 that Russia was planning a huge coordinated cyberattack on the Tokyo Olympics. The Russians were angry that their athletes were banned from the Olympics for doping.

British intelligence also declared with a high degree of confidence that Russia attempted to disrupt the 2018 Winter Olympics in Pyeongchang, South Korea.