Top-ranked tennis player Novak Djokovic returned to his native Serbia on Monday, receiving a hero’s welcome from a throng of fans after the Australian government blocked him from participating in the Australian Open and deported him over a coronavirus vaccination dispute.

“You are our champion, Novak!” a crowd of admirers shouted as Novak deplaned in Belgrade on Monday morning.

Reuters quoted fans saying the Australian Open was tainted and invalidated by the exclusion of Djokovic, who has won the tournament on nine previous occasions and was favored to win again.

Djokovic himself was sportsmanlike, describing himself as “uncomfortable” that his saga of detention and expulsion from Australia was diverting attention from “the game and the tournament I love.”

Djokovic arrived in Melbourne on January 5 believing that he possessed a medical exemption to Australia’s vaccine mandate, granted by local officials because he allegedly recovered from a Chinese coronavirus infection in December and should therefore have natural immunity.

Australian federal authorities declared the exemption invalid upon his arrival, canceled his visa, and detained him at a notorious Melbourne facility while his appeal against their decision was processed. He was detained again over the weekend and deported on Sunday after his appeal was rejected.

Many Serbs, notably including high-ranking government officials and Djokovic family members, denounced Australia’s treatment of the tennis star as motivated by anti-Serb racism and a scurrilous desire to keep the top men’s player off the Australian Open court, where he most likely would have made history. 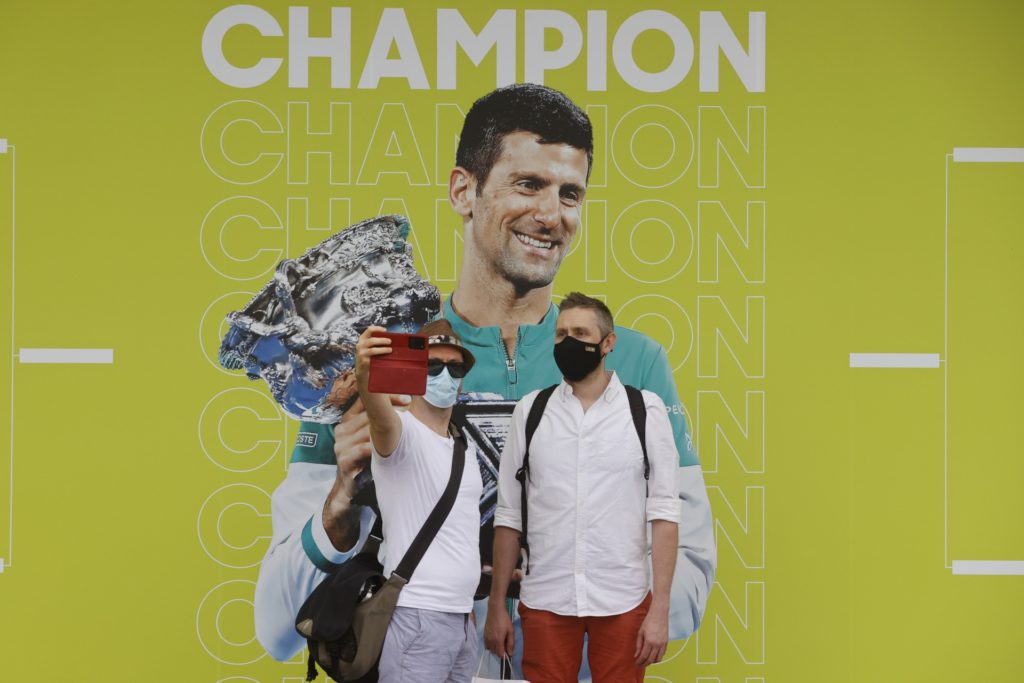 Fans take a selfie with a photo of defending champion Novak Djokovic of Serbia ahead of first round matches at the Australian Open tennis championships in Melbourne, Australia, Monday, Jan. 17, 2022. (AP Photo/Hamish Blair)

Some Djokovic fans accused the Australian government of using him as a high-profile scapegoat for its unsuccessful pandemic policies. Some rallied around him as a symbol of resistance to pandemic authoritarianism. 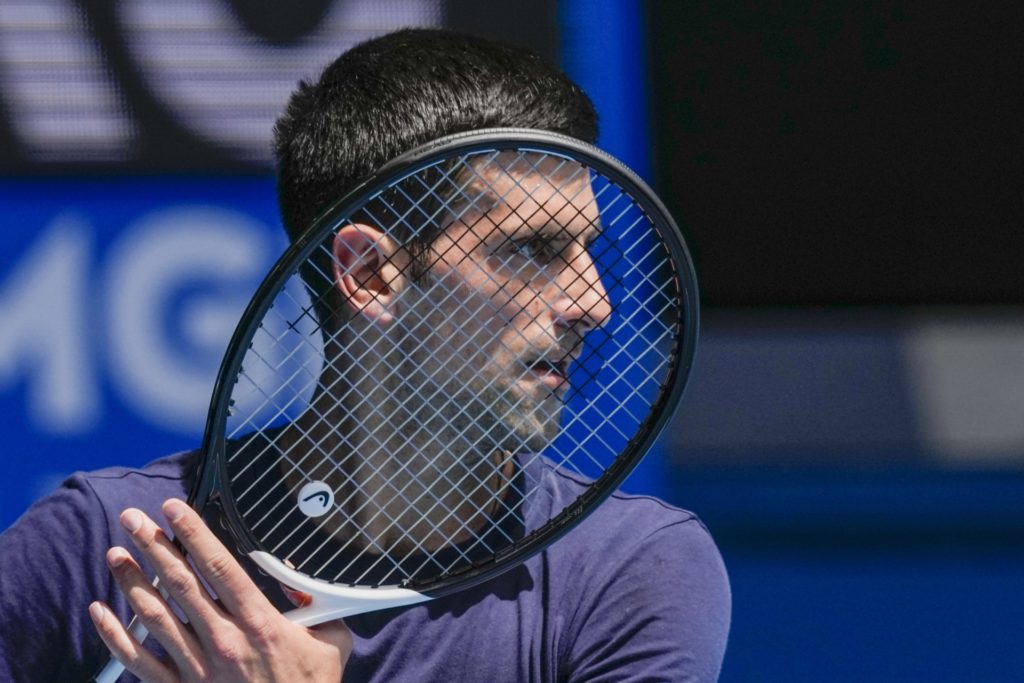 Many Australians, in turn, were furious that a special exemption was granted to a visiting tennis star while they are forced to live under strict lockdown rules and vaccination mandates. Some were angry at Djokovic for not simply getting vaccinated and avoiding the entire controversy. Doctors and health officials in Australia – and a few in Serbia – grumbled that Djokovic has become an “anti-vaccination icon,” to the detriment of worldwide efforts to increase vaccination rates. 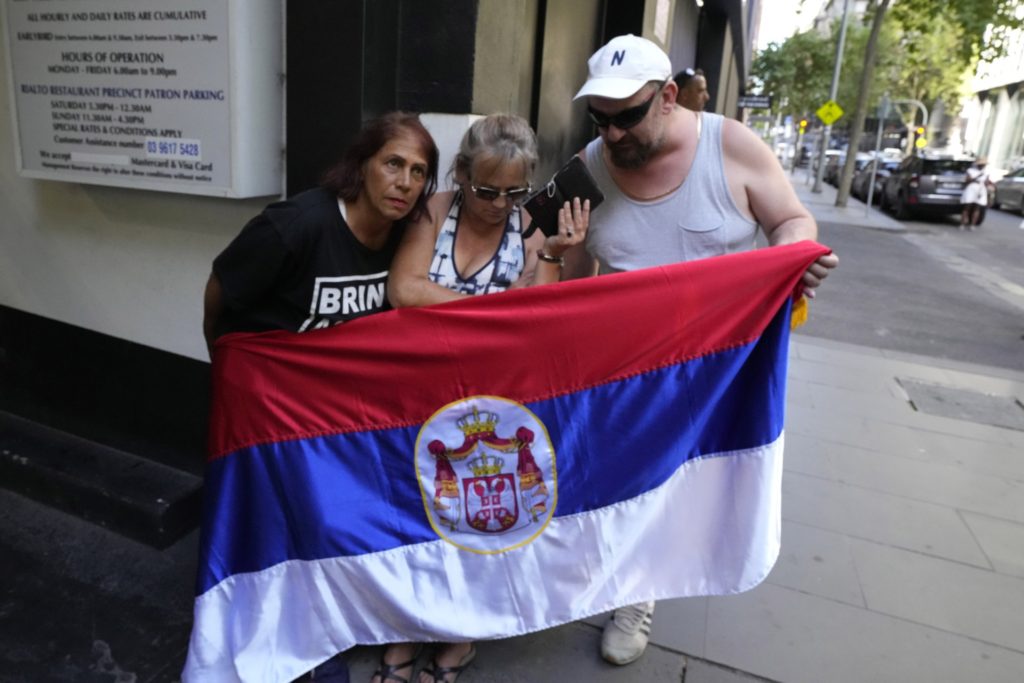 Supporters of Serbia’s Novak Djokovic listen to his ruling outside the lawyer’s office of Djokovic in Melbourne, Australia, Sunday, Jan. 16, 2022. (AP Photo/Mark Baker) 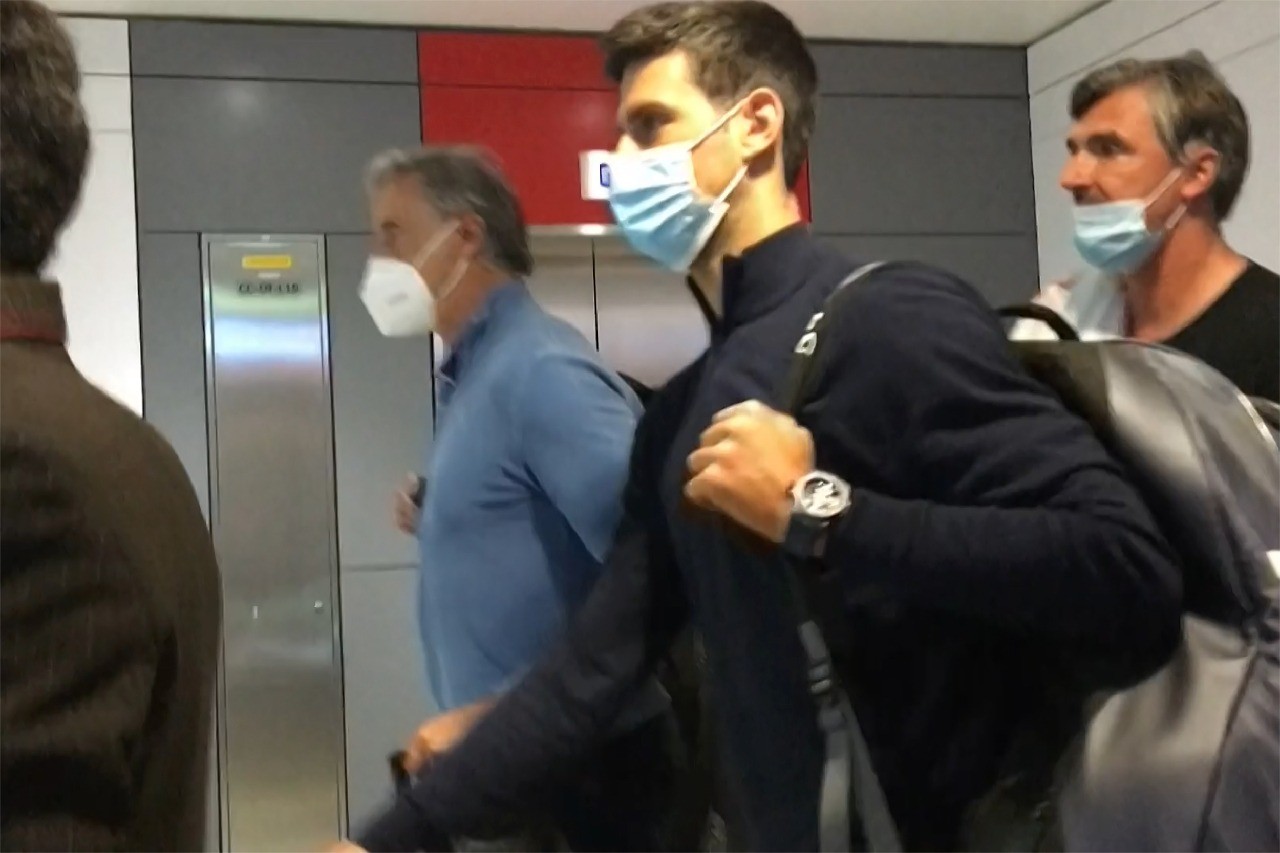 Novak Djokovic disembarks from his plane in Dubai after losing a legal battle in Australia. (AFP)

“I myself am vaccinated, double-jabbed, but I think no-one should be forced to do something,” the supporter continued. “He was judged and sentenced for his freedom of choice.” 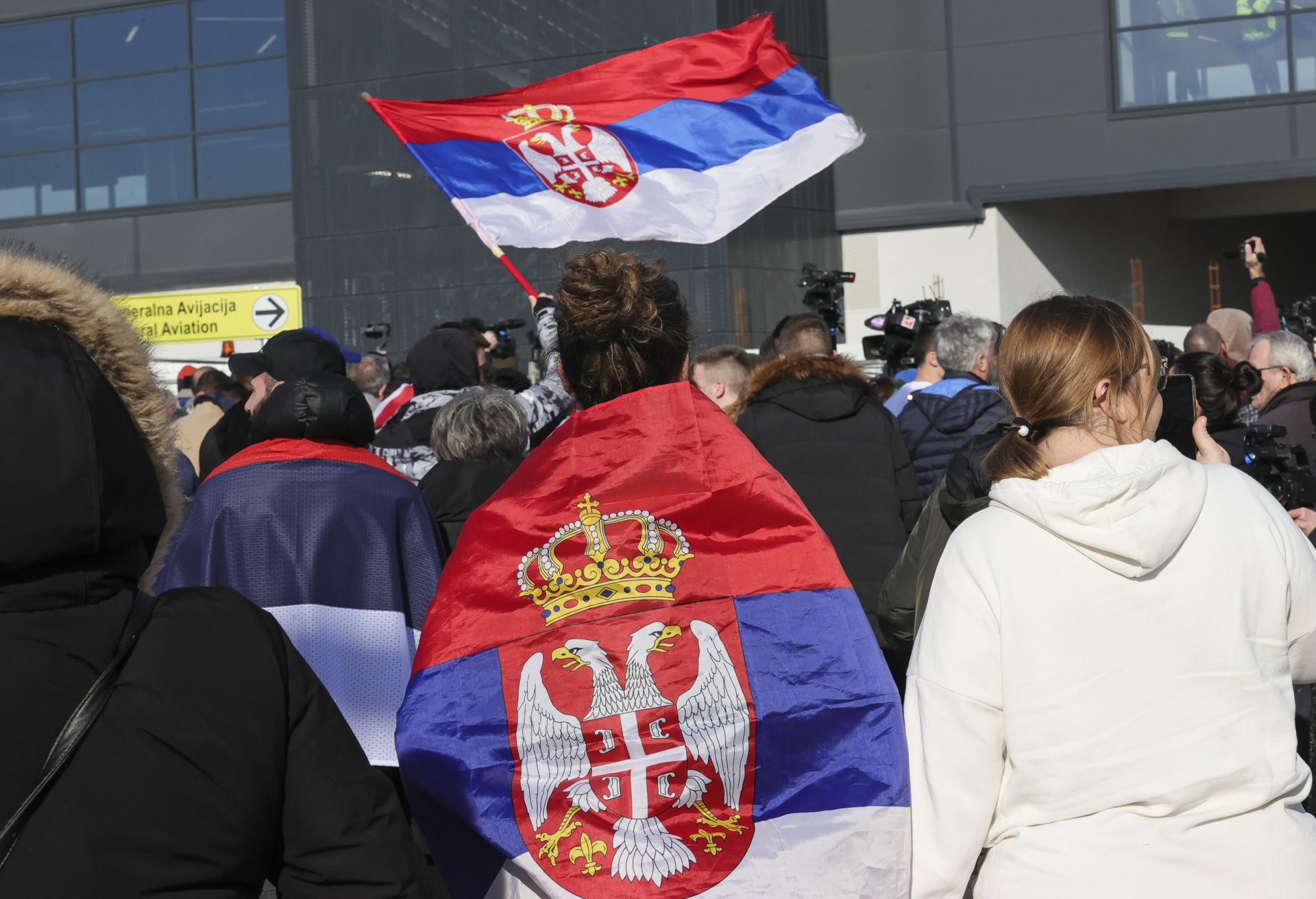 “I think he entered history as a hero, as a man and as a fighter against this evil which is called corona-circus,” another supporter told Reuters.

Serbian President Aleksandar Vucic on Sunday accused the Australian government of ”harassing” Djokovic and dismissed the ruling against his appeal as a “farce.”

“As the head of the government of the Republic of Serbia I am not happy, but we should not get too emotional. In any case, I can’t wait to see Novak Djokovic in our country, in Serbia, so we can go through this together and so we can offer support in these difficult moments,” Brnabic added.

Djokovic is technically banned from requesting another Australian visa for three years, but Prime Minister Scott Morrison said on Monday there is an “opportunity” for him to return sooner under the “right circumstances.”

French sports officials on Monday publicly advised Djokovic he would not be admitted to play in the French Open in May under current coronavirus vaccination policies, although they said those policies could change during the coming months.

Djokovic’s sponsors have largely refrained from commenting on his travails, but on Monday the sportswear company Lacoste said it would soon “be in touch with Novak Djokovic to review the events that have accompanied his presence in Australia.” Djokovic has about $30 million in annual endorsement deals, making him one of the highest-paid athletes in the world.