Tunisians voted in favor of a new constitution this week that will grant the North African nation’s president, Kais Saied, “unchecked powers,” Agence France-Presse (AFP) reported on Tuesday, noting that voter turnout in the referendum was “poor,” as 30.5 percent of eligible voters participated.

Tunisia’s electoral commission director, Farouk Bouasker, announced on July 26 “the acceptance of the new draft constitution for the Republic of Tunisia, based on preliminary results, with 94.6 percent of valid ballots voting ‘yes’, on 30.5 percent turnout.”

A Monday night exit poll by the independent polling group Sigma Conseil predicted that Tunisia’s new constitution would gain approval once all votes were counted by the next day. 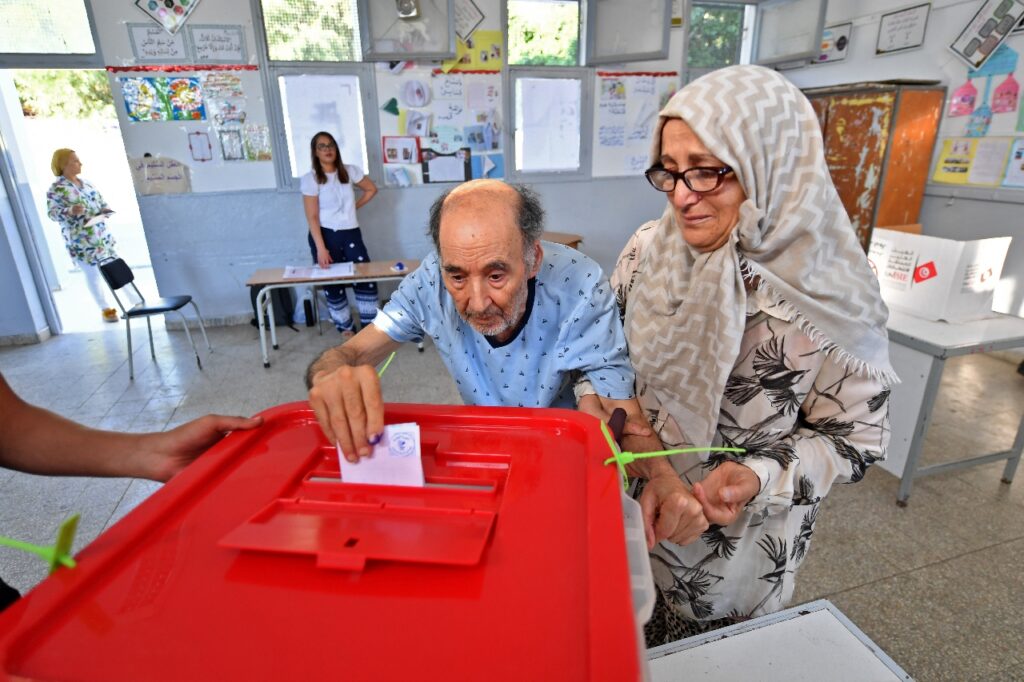 An elderly Tunisian man arrives with his wife to vote in a referendum on a draft constitution put forward by the country’s President, at a polling station in the capital Tunis, on July 25, 2022. (Photo by FETHI BELAID/AFP via Getty Images)

AFP observed on Tuesday that, “while turnout was low, it was higher than the single figures many had expected.”

Tunisia’s low voter turnout may also stem from its limited history as a democracy. The North African country was ruled from 1987 to 2011 by the late Zine al-Abidine Ben Ali before a pro-democracy movement known as the Arab Spring ousted the ruler from power in January 2011. Tunisia has struggled across the political and economic spectrums since 2011.

President Saied was elected to office in 2019. He oversaw sweeping actions in 2021 that dismissed Tunisia’s government, suspended its parliament, and designated Saied as ruling the country by decree.

The new constitution approved during Monday’s referendum would assign President Saied “full executive control, supreme command of the army and the ability to appoint a government without parliamentary approval,” according to the BBC.

“It would also weaken Tunisia’s judiciary and remove checks on the powers of the presidency,” the British broadcaster added.

Tunisia’s new constitution has been “welcomed” by some citizens “fed up with high inflation and unemployment, political corruption and a system they felt had brought few improvements,” according to AFP.

“Many supported the changes in the hope that the new constitution would mark a new chapter, freeing Tunisia from the political bickering and government paralysis and reducing the influence of the country’s largest Islamist party,” the BBC noted.

President Saied echoed this sentiment while speaking to his supporters after polls closed on July 25.

“Tunisia has entered a new phase,” the leader proclaimed. “What the Tunisian people did … is a lesson to the world, and a lesson to history on a scale that the lessons of history are measured on.”

President Saied is considered an independent politician within Tunisia. The magazine Egypt Today described Saied, a former law professor, as “being backed by both Islamists and leftists” and exhibiting socially conservative views when he was elected president of Tunisia in October 2019.