A number of Rwandans told the German public broadcaster Deutsche Welle (DW) anonymously on Tuesday they were recently “forced to receive vaccination[s]” against the Chinese coronavirus by “local leaders and police.”

A male resident of southern Rwanda’s Muhanga district told DW in a report published January 18 he was forcibly seized from his home at 4:00 a.m. on a recent morning by local administrative officials. The group allegedly dragged the man to a secondary locale where he was handcuffed and vaccinated against his will.

“Around 4 a.m. our local cell leader kicked in my door,” he told the broadcaster. A “cell” is the Rwandan government’s term for an administrative sector within a village or district.

“I thought they were thieves because I was still asleep. There were three people standing at my door, they ordered me to go to the sector offices, and I was handed over to security personnel and I was told that I was going to be vaccinated against my will,” he recounted.

The man said he was then “forced to sit under the scorching sun until the evening when he got vaccinated.” After leaving him in the sun all day, a group of “five police officers and six civilians” surrounded the man and ordered him to enter one of the local sector’s offices.

“They pounced on me and dragged me on the ground, manhandling me, shoving their knees in my back and everywhere, as the handcuffs were cutting deep wounds around my wrists,” he detailed, adding, “They even tried to suffocate me.”

After enduring the physical assault, the man said “medics came and injected a vaccine” into his body.

A separate group of Rwandans of an undisclosed size told DW that members of the Rwanda National Police (RNP) also recently subjected them to forced vaccinations against the Chinese coronavirus. All members of the group belonged to a Pentecostal church in western Rwanda’s Ngororero district. The group said it was targeted by Rwanda’s government after previously rejecting attempts by local officials to administer the vaccine to the church’s members.

A member of the religious group told DW that members of the Rwandan “military, police and local leaders” held the parishioners for seven consecutive days in Ngororero transit centers that typically detain local “street children and criminals.” The RNP allegedly forced the church members to undergo “sensitizing” rituals during their detention designed to coerce the group into accepting a coronavirus vaccination from the state. 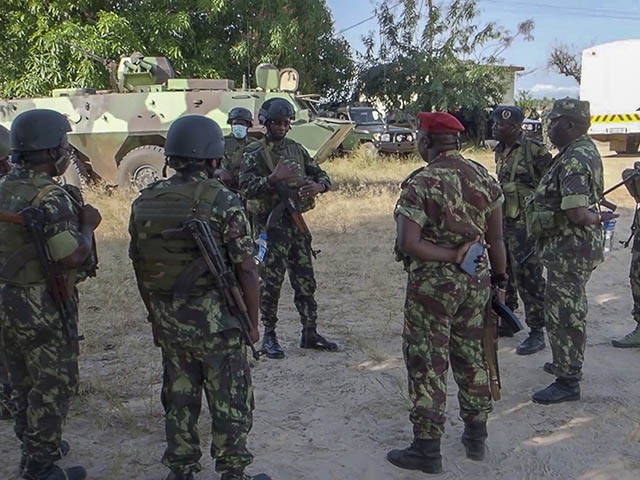 “We completely refused to take the jabs and instead asked the soldiers and police to shoot us or drown us to death,” a Rwandan man who said he was among the detainees told DW on January 18.

“We put up a demonstration, but they said they won’t shoot us,” he added.

The RNP’s alleged use of “sensitizing” techniques as described by the man is supported by a statement issued by Ngororero District Mayor Christopher Nkusi this week after DW asked him about the church group’s claims.

“Those with resistance are sensitized and vaccinated afterwards because even right now we have many who are not yet vaccinated,” he said.

“We are still in the process of sensitizing them,” Nkusi confirmed.

“I am not aware of any case of forced vaccination in my district,” the leader said.

Another man from Rwanda’s eastern Rwamagana district told DW for its January 18 report he was recently threatened with forced coronavirus vaccination by state officials and fled his residence along with his wife as a result.

“I was suffering from malaria and taking […] medication. I begged them not to vaccinate me. When they insisted, we fled our home,” the man said.

He told DW “many” other residents of his Rwamagana district neighborhood were also recently threatened with forced coronavirus vaccination or successfully forced to receive the inoculation by local government authorities.

“It’s not only me. If you want, I can point to different places where they are,” he said.

DW said Tuesday it was not able to independently confirm the various accounts of forced inoculation it received from Rwandans in recent days.

The Rwandan government has organized an especially vigorous Chinese coronavirus inoculation drive. Rwanda distinguished itself among other African nations on November 30, 2021, when it became one of only four countries on the African continent to offer “booster” doses of Chinese coronavirus vaccinations to its population.

“The shots will be administered to people 50 years old and above, as well as those as young as 30 years, but with non-communicable diseases,” Rwanda’s Ministry of Health said when announcing the offering.

A “booster” is an extra dose of a vaccine received after a person has already completed the full series of the same vaccine. Approximately 49 percent of Rwanda’s population of 13 million is fully vaccinated against the Chinese coronavirus.